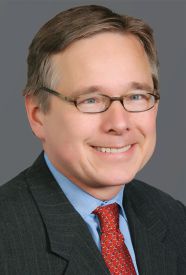 The issuance of $225 million 5.75% senior secured notes in February 2020 by TransJamaican Highway Limited (TJH), the Jamaican toll road concessionaire, followed by the initial public offering of shares in TJH in March 2020, were watershed events for the capital markets in Jamaica and the Caribbean region. 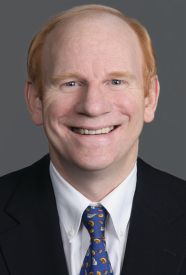 TJH is the concessionaire to develop the East-West Highway, the first stage of Jamaica’s Highway 2000 Project. The toll road is an essential, proven asset for Jamaica with a performance history of consistent cash-flow generation. Leveraging this, TJH was able to use the bond issuance to refinance its higher-priced debt with more predictive, long-term financing, and the issuance paid a significant dividend to its shareholders.

TJH is the concession holder under a 35-year concession agreement entered into in 2001 with the National Road Operating and Constructing Company (NROCC), the grantor of the concession. NROCC is wholly owned by the Jamaican government and represents the government’s interest in the Highway 2000 Project. The East-West Highway concession, by way of an international tender, was awarded in 2001 to Bouygues Travaux Publics (Bouygues), one of France’s largest construction companies, who partnered later with Autoroutes du Sud de la France SA (ASF), a subsidiary of VINCI, the French toll operator.

Construction on the toll road commenced in February 2002 and was completed in August 2012. Operating and maintaining the road is the responsibility of Jamaica Infrastructure Operator Limited (JIO), which is owned by VINCI Concessions (51%) and Bouygues (49%).

In 2011, TJH, NROCC and the Government of Jamaica approached the Inter-American Development Bank and other multilateral development banks to refinance TJH’s existing debt and in connection therewith, International Finance Corporation and Société de Promotion et de Participation pour la Coopération Economique subscribed for additional shares of TJH. On Dec. 20, 2019, in preparation for the IPO in March 2020, NROCC purchased 100% of TJH’s equity from these former shareholders and from Bouygues and ASF.

Mature and Essential Asset. The East-West Highway is the only high-speed road connecting Kingston, Jamaica’s capital, and its other highly populated towns to the west such as Saint Catherine and Clarendon. The toll road has limited competing roads, and the ones that do exist are not as safe or convenient; some sections of the competing roads have uncontrolled points of access, resulting in heavy pedestrian traffic and longer travel times.

Experienced Operator. JIO has operated the toll road for 18 years since commencement of construction in 2002 without any disruptions. The operator is the beneficiary of the expertise and experience of its two shareholders, VINCI Concessions and Bouygues, with their international industry experience in the design, construction, operation, and maintenance of toll roads and motorways. In December 2019, the O&M agreement between JIO and TJH was renewed for a new five-year period. Upon expiration of the period, TJH plans to renew the O&M agreement with JIO or otherwise contract with another experienced international toll-road operator.

Fully Operational Project. Fully operational since 2012, the toll road is a mature asset. Under the concession agreement, no critical construction milestones are required until the handback requirements at the end of the concession period on Nov. 21, 2036.

Strong Toll-Rate Fundamentals. Under the concession agreement, the toll rates are adjusted on an annual basis subject to an annual capped toll rate, using an escalation formula based on the U.S. CPI and the U.S. dollar/Jamaican dollar exchange rate. Additional increases are permitted if the U.S. dollar/Jamaican dollar exchange rate depreciates more than 10% intraperiod. For the current annual period, the toll rates represent 85% of the annual capped toll rate, giving TJH extra headroom should it decide to increase the toll rate for the period.

Healthy Traffic Record. Between 2016 and 2019, TJH experienced a compounded annual growth rate in average annual daily traffic of 6.0%, from 20.3 million vehicles passing through the toll plazas in 2016 to 24.2 million vehicle passages in 2019. Jamaica’s motorization rate as of 2018 (233 vehicles per 1,000 people) is low compared with other islands in the region, and the projected motorization growth rate for Jamaica between 2018 and 2028 is expected to be 3.5%.

Attractive Financing and Collateral Package. The $225 million 5.75% senior secured notes offering was made in accordance with Rule 144A and Regulation S of the U.S. Securities Act of 1933. The principal on the notes is payable according to a fixed quarterly amortization schedule after a one-year interest-only period. In addition to the major maintenance reserve account and the O&M reserve account, the financing structure includes a six-month debt service reserve account. The transaction documents include a standard project finance-type covenant package.

Consistent with the project finance structure paradigm, TJH entered into direct agreements with its project document counterparties. The NROCC direct agreement includes key investor remedial rights upon a breach by TJH under the concession agreement. Upon such a breach, before NROCC is permitted to take any enforcement actions, the standstill or cure period shall have expired. At any time after an enforcement notice is issued by the indenture trustee or during a standstill period, the investors can deliver a step-in notice to NROCC to propose a replacement party that meets certain substitute conditions to assume TJH’s obligations under the concession agreement.

TJH and NROCC were very fortunate to have closed the bond issuance and IPO when they did. Had either closing been delayed, the spread of COVID-19 would probably have extinguished both deals or, at a minimum, resulted in protracted and expensive delays. In the 2008 global recession, traffic on the toll road decreased appreciably, but the project rebounded after the recession. The COVID-19 pandemic will have a similar adverse effect on the project, but as an essential asset with strategic importance for Jamaica, the toll road will overcome this setback as well.