Executive Corner: Do the Valuation Multiples You’re Using Actually Apply to Your Firm? 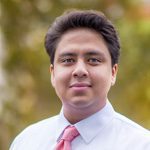 Firm owners often rely on pricing multiples to arrive at a ballpark estimate of their firm value. We regularly hear from them that they generally rely on data points from transactions that either they or their peers at other firms had been part of in the past relied, or on data published in our “A/E Business Valuation and M&A Transaction Study.”

But many also inquire about what the specific multiples are that they should be relying on, and as part of my response to these inquiries, I counter by asking a question of my own: Would you rather your firm be valued by a high or low multiple? The replies were universally consistent: all respondents desired a high multiple.

In actuality, however, the greater a firm’s profitability is compared to the profitability of its peer group, the lower the implied multiple, and vice-versa. This probably seems counterintuitive at first thought. After all, why should a firm that’s found a way to deliver enviable profits be subject to a lower multiple, and why should a firm that trails its peers benefit from a higher multiple?

The reason is straightforward: The inherent value realizable to an investor lies in that investor’s ability to effect change that results in a better-run (more-profitable) firm. The value placed on control, as represented by the pricing multiple, should be higher for a firm that isn’t run optimally. On the other hand, investors would balk at paying the same multiple for a median or worse-than-median performing firm, realizing there’s little they could do that would lead to a positive change of the firm’s performance.

What do I mean by this? Let’s consider three firms, all generating $10 million in net service revenue. Each of the firms can be considered substitutes for one another from the market’s perspective, and the median pre-owner bonus EBITDA for the group to which these firms belong is 12 percent.

The first firm delivers a profit margin of 12 percent, meaning the implied valuation would be $6 million. At a glance, this value indication appears to be reasonable.

The second firm, which has a much more robust profit margin of 30 percent, would have an implied valuation of $15 million.

The third firm, whose profitability severely lags compared to its peers, would have an implied valuation of $1.0 million.

The implied valuations of the second and third firms aren’t realistic, and if such valuations actually existed in the wild, they would be considered significant outliers. In the case of the second firm, an investor would question the sustainability of a profit margin so much greater than the median, resulting in a downward adjustment of the multiple based on factors specific to said investor. The third firm, while falling behind the industry by a large margin, would present an opportunity for an investor to extract greater profitability than a measly 2 percent, meaning the multiple paid should be higher than the median of 5.0x.

Profit multiples offer a handy way to provide firm owners with a rough estimate of value, but what constitutes an appropriate multiple should always be given adequate consideration. One way of counterbalancing the misapplication of a multiple would be to rely on a range of multiples, which can be a useful way to estimate the high and low ends of value.

Jonathan Voelkel, an associate principal with ROG+ Partners, has more than 12 years of corporate financial advisory experience, working with hundreds of architecture, engineering and environmental consulting firms across the U.S. and abroad in all facets of mergers & acquisitions, valuation, ownership transition planning, equity incentive compensation, and ESOP advisory.