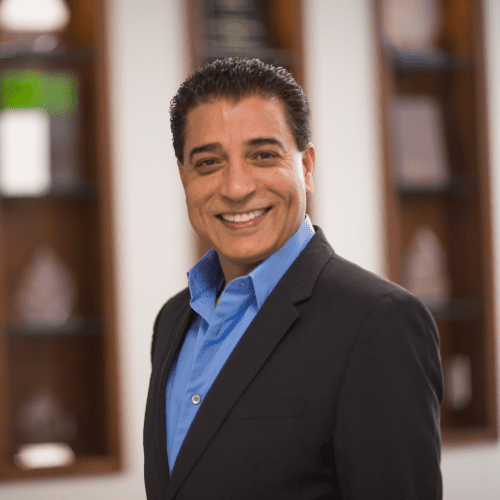 Shafat Qazi is the CEO and founder of BQE Software.

An engineer by education and training, Shafat Qazi arrived in California in 1998 to help retrofit buildings for earthquakes. But after a few years as a partner in a successful engineering firm, he realized there was an even greater good he could accomplish through his expertise as a computer programmer: aiding project management, including time logging, project billing and all the other time-consuming aspects of any professional-services firm.

As the chair of the Structural Engineers Association Computer Applications Committee, he noticed that thousands of surveys mailed to members returned the same problems, over and over. Seeing the opening, Qazi sold his shares in his engineering firm and founded BQE Software.

“That inspired me to start BQE Software and address the business-management, project-management aspect of our firm, so we could really automate most of those repetitive, mundane tasks, and focus on growing our business and doing what we really love to do,” notes Qazi.

Twenty years later, the company has 240 employees and nearly 100,000 users that are happy to have their time-consuming struggles dramatically decreased.

In 2012, after several successful years of growth, the company decided to create a totally new, ground-up product that it would build itself around going forward.

“We kept a mindset that it should be something that would last at least 10 years,” Qazi adds. “It will be mobile first. It would have top-notch technologies in it, including artificial intelligence (AI) and machine learning (ML), and it should be cost effective.”

After five years of research and development, and $25 million of investment in building this ground-up software, BQE Core was released in July 2017.

“Once you start using it, you will never ever go back to your old ways,” says Qazi.

Nearly 51 percent of BQE Core users are civil and structural engineers, focusing on companies with less than 500 employees.

Users just need an iPad, laptop or phone to get started with BQE Core, and they’re up and running their business in minutes. This ease of use starts from the simple, verbal interface, which in July 2019 was upgraded with Core Intelligence, an AI-built natural-language processor (NLP).

Qazi saw that companies such as IBM, Google and Microsoft were exposing their neural-network technologies through open-source platforms, and that voice interfaces were quickly becoming the future. Qazi is determined to stay ahead of this technology wave, and he states that BQE Core is the first business management application worldwide that actually allows you to have a dialog with your software.

“Instead of having to turn on your laptop, go and log in, and run reports, you could just have a conversation with your software, and you can just ask it questions,” adds Qazi.

The Core Intelligence feature can verbally answer queries such as “What’s my profitability? How much money do I have in the bank? Who owes me money? Can I make my next payroll? Who’s my best employee? Who’s my best client?” It uses voice recognition to log users in, which is an extremely secure method.

Qazi is particularly proud of how the AI can understand context. Unlike previous voice technologies, which required users to follow rigid scripts, Core Intelligence focuses more on “intent” and not words, and it learns to make correct assumptions based on previous conversations with users. In a demonstration, the digital assistant recognized who “he” was in reference to a formal name in a previous question. It also deduced from its records that PV Country Club was Palos Verdes Country Club.

“It’s like a human business analyst that is smart enough to know everything about your company files and give you intelligent information,” says Qazi. “That allows you as a project manager or a business owner to make the right decisions, because now you know it is actually based on true numbers.”

According to Qazi, the No. 1 cause of lack of profitability is “overages,” where a project goes over budget because employees are spending more time than budgeted on tasks. He notes that typically these overages aren’t noticed until it’s too late and nothing can be done about them. But the intelligence in BQE Core can be programmed to spot overages as they’re happening so they can be remedied to keep projects on budget and on time.

Qazi firmly believes that AI and NLPs are the future of software. He sees a world in which users interact with their programs in clever and casual ways. Supercomputers in the cloud find rapid answers to questions and new ideas that can be explored in new ways in a fraction of the time it previously took.

“These technologies will empower business owners, business managers, project managers, even rank-and-file employees to get more done without having to waste time doing reports or entering data,” he says.