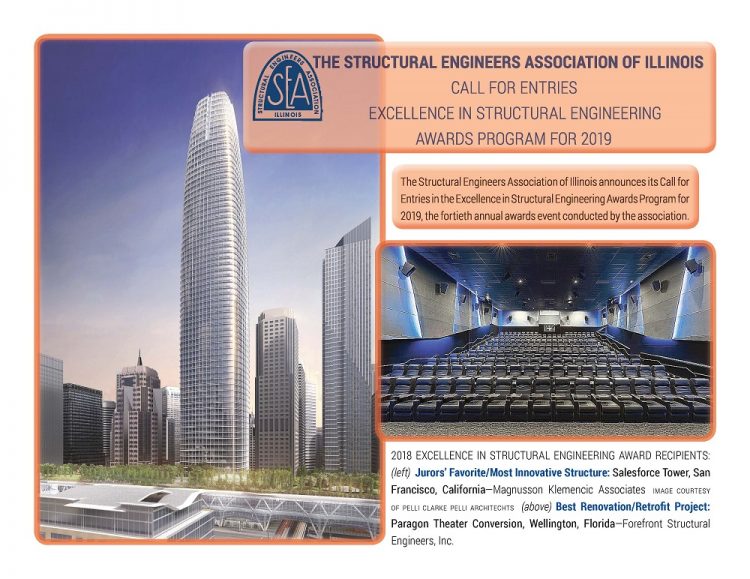 Chicago, IL: The Structural Engineers Association of Illinois (SEAOI) is pleased to announce that entries are now being accepted for the 2019 Excellence in Structural Engineering Awards. This illustrious design competition takes place each year to recognize excellence in structural engineering, and we are delighted to have confirmed such a distinguished panel of judges, representing six vital areas of the built world, for the 2019 project submissions.

The finalists selected by the SEAOI Board of Directors will present their projects at our May Dinner Meeting on Tuesday May 7, 2019 in Chicago.  The winners in each category will be selected by the Judges listed below, and announced at the Annual Awards Banquet on June 22, 2019.

Awards are given in the following categories:

Entries must be received by SEAOI by Monday March 25, 2019. For more information about the Excellence in Structural Engineering Awards, please visit www.SEAOI.org.