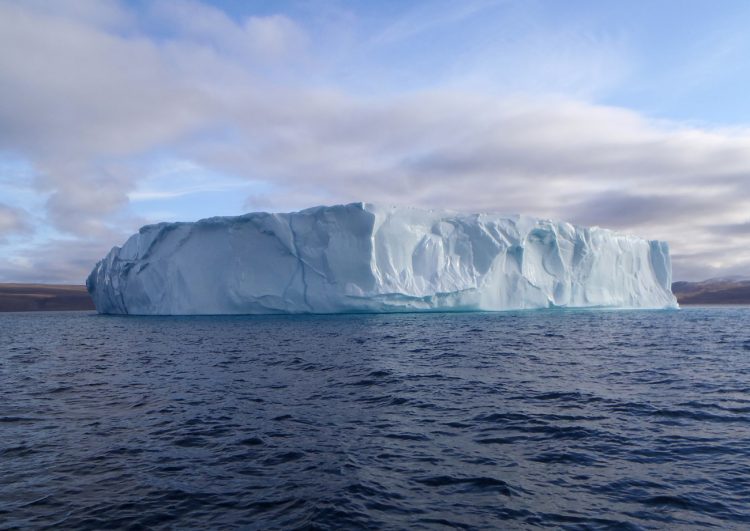 Anchorage, AK, NYSE, TSX:STN: As the Arctic warms faster than the rest of the globe, permafrost, land ice and sea ice are disappearing at unprecedented rates. These changes affect not only the infrastructure, economies and cultures of the Arctic, they have significant impacts elsewhere as well, according to a commentary published today in the journal Earth’s Future, co-authored by Dr. Francis Wiese, Stantec National Lead for Marine Science based in Anchorage, Alaska.

Earth’s Future is a transdisciplinary journal examining the state of the planet and its inhabitants, sustainable and resilient societies, the science of the Anthropocene, and predictions of our common future through research articles, reviews and commentaries. Wiese and 14 others from multiple disciplines wrote the paper.

Key findings in the commentary include:

“What happens in the Arctic no longer stays in the Arctic,” Wiese said. “Those who live closer and work in the Arctic see daily the changes to our environment, but these changes are increasingly affecting the rest of the world.

“The Arctic may be ‘far away,’ but the amplified climate change, sea level rise, coastal flooding and more devastating storms has local impacts for billions of people around the globe.”

The melting of land ice has contributed to 60 percent of sea level rise since 1972. Arctic land ice comprises over 2 million square acres, and studies have confirmed this area is diminishing rapidly due to climate change. In addition, most land ice in this region is thinning.

If current warming trajectories are maintained, Arctic land ice is expected to be a major contributor to projected global sea level rise, contributing up to one meter this century. Three out of four of the largest cities in the United States—New York, Los Angeles and Houston—are coastal, and 39 percent of the US population lives in shoreline counties. Globally, 14 of the world’s 17 largest cities are coastal, including Tokyo, Shanghai and Jakarta. As sea levels continue to rise, coastal cities in the US and around the world will be increasingly forced to deal with the impacts, including flooding, freshwater contamination, coastal erosion, higher storm surges and more.

In addition to the increased storm surges and flood events caused by sea level rise, a current hypothesis states that changes in the Arctic jet stream may be significantly affecting storms and extreme weather events, including snow storms and droughts, in the continental US as well as Canada, Europe and Asia. For example, Arctic warming has been linked to a recent extreme drought in California.

Under the “business as usual” emission scenario, the Intergovernmental Panel on Climate Change RCP8.5 estimates that Alaska will face $5.5 billion in infrastructure damage between 2015 and 2099. Almost half of this will be directly due to permafrost thaw. In addition, this permafrost thaw will release significant amounts of carbon dioxide and methane into the atmosphere, contributing to further warming of the planet.

Sea ice extent and sea ice thickness have both declined in the past several decades. This sea ice loss has caused dramatic coastal erosion in Siberia and Alaska; it has serious global consequences as sea ice helps to regulate Earth’s climate by reflecting incoming solar radiation. As sea ice cover declines, Arctic warming is amplified due to these decreases in surface reflectivity.

“As the Arctic continues to warm faster than the rest of the globe, we’ll continue to see impacts worldwide, including in tropical and temperate countries with big cities, large economies, and lots of infrastructure,” said Twila Moon of the National Snow and Ice Data Center (NSIDC) at the University of Colorado Boulder. “If we want to safeguard our people and society, we need to act now to both reduce emissions to curb warming and to prepare for the inevitable changes already set in motion.”

The commentary was led by research scientist Moon. Co-authors of the commentary include Wiese; Irina Overeem and Gifford Miller of the Institute of Arctic and Alpine Research (INSTAAR) and Department of Geological Sciences at the University of Colorado Boulder; Matt Druckenmiller of NSIDC; Ted Scambos of the Cooperative Institute for Research in Environmental Sciences (CIRES) at the University of Colorado Boulder; Marika Holland of the National Center for Atmospheric Research; Henry Huntington of Ocean Conservancy; George Kling of the Department of Ecology and Evolutionary Biology at the University of Michigan; Amy Lauren Lovecraft of the Department of Political Science at the University of Alaska Fairbanks; Christina Schädel and Edward A. G. Schuur of the Center for Ecosystem Science and Society of Northern Arizona University; Erin Trochim of the International Arctic Research Center at the University of Alaska Fairbanks; Dee Williams of the Study of Environmental Arctic Change Science Steering Committee; and Gifford Wong of the American Association for the Advancement of Science (AAAS).