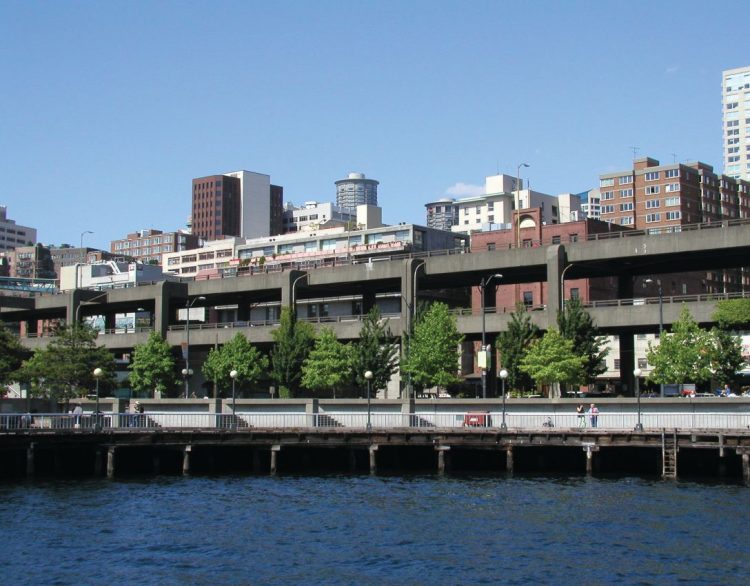 The Washington State Department of Transportation (WSDOT) needed to replace the Alaskan Way Viaduct that carried a section of State Route 99 (SR 99) along the downtown waterfront. Originally opened in 1953, the Viaduct was aging and cut off access to the important waterfront area. In addition, Seattle is in a seismic zone, and engineers believed the elevated Viaduct could collapse in a significant earthquake. Some of its columns had already moved as much as 5 inches in a 6.8 magnitude earthquake that struck the region in 2001.

After considering several options for replacement, city and state officials decided to build a massive, deep-bored tunnel. Excavation began in 2013 and was completed in 2017 after two years of delays. The new tunnel opened on Feb. 4, 2019.

“Completing the tunnel marks an important milestone in national transportation history,” says Brian Russell, P.E., HNTB project manager. “Through tireless collaborative efforts, this project proved that tunneling beneath a dense urban environment is possible, setting the stage for other cities to do the same.”

The Team and Machine

The SR 99 design-build project was led by Seattle Tunnel Partners, a joint venture between Dragados USA and Tutor Perini Inc. Serving as lead designer and engineer of record for the complex project, HNTB was responsible for designing the 2-mile-long tunnel. The firm designed the permanent structures and facilities, including the tunnel liner, the interior stacked roadway structure, approach cut-and-cover tunnels, approach roadways and operations buildings located at each portal.

In addition to space needed for the roadways and shoulders, safety features were a major concern and required additional design considerations.

“In order to have a safe tunnel, you have to have enough ventilation,” notes Sean Cassady, a principal engineer at HNTB who served as the lead fire protection and ventilation engineer. “Other features unique to this tunnel include the evacuation system designed into the tunnel. It is configured as a pressurized corridor connecting to both roadway cells and running the length of the tunnel so people could self evacuate from a fire and out of the tunnel safely.”

The 57.5-foot-diameter tunnel boring machine (TBM) was built by Hitachi Zosen of Japan. Known as “Bertha,” it was the world’s largest-diameter earth pressure balance TBM. Bertha bored under 157 buildings in the core of Seattle as well as bridges, a railroad tunnel and several large sewers, at depths of more than 200 feet.

An older, typical Seattle transit tunnel is approximately 20 feet in diameter. The size of Bertha allowed for the double-decker highway structure as well as maintenance and control rooms to be housed inside the tunnel itself.

The tunnel went directly under the downtown buildings, bridges and utility systems, so it had to be deep, and monitoring the land above was another key design element. “The challenge for the builder was to really control the excavation so there wouldn’t be any deformation to the surface that would create any sort of damage,” adds Russell.

To prevent land deformation before digging started, designers used modeling software to predict horizontal and vertical displacement for every step of the drilling. In addition, the south portal was designed to allow digging to reach 150 feet below ground before the tunnel went below the downtown area’s larger structures.

Another important step was specifying that the drill be built to remove very exacting amounts of earth that would be perfectly balanced by the tunnel liner. A third safety measure fell to the contractor: exact monitoring of the ground and buildings above the drilling. A specialty subcontractor set up robotic stations to continuously monitor the ground surface as well as the buildings, so they could pick up any sort of movement that may occur. 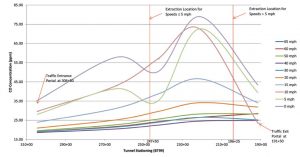 Safety for passengers inside the tunnel also drove use of innovative technology. SR 99 receives a lot of traffic, especially during “rush hours,” which often will have traffic stopped inside the tunnel. This creates another set of unique safety concerns in terms of vehicle exhaust and potential fire situations.

“We utilized computational fluid dynamics to evaluate the impacts of fire within the tunnel and how the ventilation systems would be able to evacuate the smoke and prevent the smoke from expanding down the tunnel over stopped traffic,” says Cassady. “It also modeled the sprinkler impacts to the fire environment within the tunnel.” 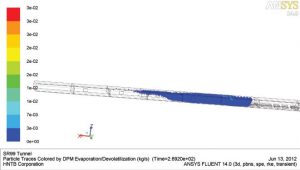 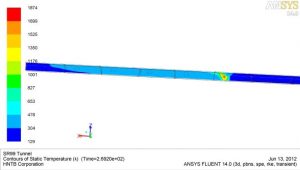 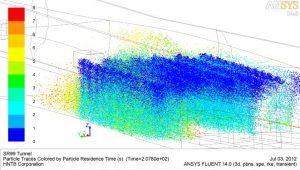 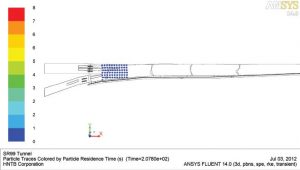 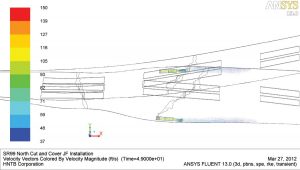 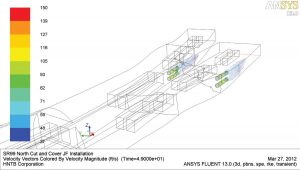 Although the project went slightly over budget and suffered some unexpected delays due to a machine that needed repairs, most people and certainly the design team are very happy with the end result. “The SR 99 tunnel will have a profoundly positive effect on Seattle,” notes Jim Thomson, P.E., HNTB Northwest Division president. “From a mobility perspective, the tunnel creates a convenient and efficient north-south passage, and from a real estate perspective, it will be instrumental in transforming the downtown waterfront, making it a much more residential, commercial and tourist-friendly environment.”

An image shows plans for the Waterfront Seattle Program redevelopment spurred on by removal of the Alaskan Way Viaduct.

During construction of the SR 99 tunnel, Seattle rebuilt its crumbling seawall along the waterfront. Demolition of the Alaskan Way Viaduct, which currently is in progress, allows the city of Seattle to move forward with plans to build a new multi-modal surface street in the viaduct’s footprint. The re-envisioned waterfront also will include 20 acres of new and improved public space with elevated views of Elliott Bay.

“The Alaskan Way Viaduct, which ran along the waterfront and essentially created a concrete barrier between the waterfront and the rest of downtown, used to carry SR 99 through Seattle,” notes Brian Nielson, project director at the Washington State Department of Transportation. “The Alaskan Way Viaduct Replacement Program paved the way for an important step forward for Seattle’s waterfront.” 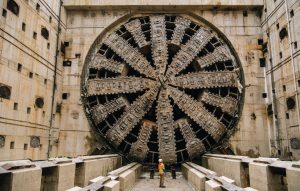 At the time of construction, “Bertha” was the world’s largest-diameter earth pressure balance tunnel-boring machine.

Comments are disabled
NEXT ARTICLE
Newforma Announces Partnership and New Connector with Procore
June 4, 2019
PREVIOUS ARTICLE
Thoughts From Engineers: A First for the Great Lakes: Water Piped Out and Back In
June 3, 2019