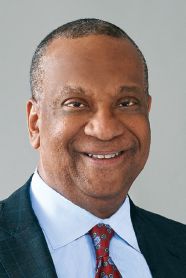 America’s infrastructure is in dire need of repairs. In its latest report, the American Society of Civil Engineers warns that our infrastructure is “falling apart.” Addressing these issues will require massive financial commitments, which is why the Trump administration seeks to continue to leverage private-sector investment. Often associated with major public infrastructure projects such as toll roads, Public-Private Partnerships (P3s) are unique arrangements that have been utilized for numerous crucial infrastructure projects since the early 1980s, including on-base military family housing. Military housing is one of the most successful examples of P3s to date and serves as an important case study for policymakers.

During the last 20 years, more than $30 billion has been invested by private-sector partners into military housing P3s at every military installation in the country. The P3s are at a leverage ratio of approximately $8 to $1 (private to public dollars). When the Trump administration seeks to leverage infrastructure funding at $4 to $1 or even $5 to $1, it should start by studying the overwhelmingly successful military housing projects.

In the early 1990s, the Department of Defense (DoD) determined the need for extensive repairs to military housing would be too high of an upfront cost for taxpayers and an overwhelming task to manage. Therefore, the Secretary of Defense looked for private-sector funding as an alternative to address the individual needs of each military installation. In 1996, Congress established the Military Housing Privatization Initiative (MHPI), which fixes on-base housing as well as addresses issues with retention, recruitment and readiness of military personnel.

There are several ways to structure a P3 based upon construction, ownership, operation and revenue generation. Best practices suggest that the public entity and private developer form a long-term partnership, which allows for project sustainability. Making sure the private developer is an active participant via financing, construction and management will ensure the private entity has a vested interest in continually maintaining the project. This is the foremost protection to the taxpayer.

The key underpinning of the MHPI P3 is the operating revenue that comes from the Basic Allowance for Housing (BAH), money from the government to the service member, which covers their on-base rent expenses. BAH is the only revenue source for MHPI projects and ensures military homes can continue to be updated and maintained throughout the partnership. Highly detailed 50-year projections for service members’ BAH are used to create pro forma financial plans and underwriting for bonds sold to finance the initial construction and ongoing renovations. Throughout the years, MHPI became the largest P3 within the U.S. federal government, encompassing more than 200,000 military housing units.

The funding that the MHPI Program relies on was reduced in 2015. This ultimately lowered the revenue used for debt payments, operations and maintenance, and recapitalization accounts (which are used to perform ongoing major renovations of homes). As a result, many military housing projects were poised to suffer, with the potential for default. This issue ultimately decreased the quality of life for military service members and their families living on military installations, the exact opposite of why MHPI was started.

In response to a 2018 report from the U.S. Government Accountability Office that highlighted the negative consequences of these reductions, Congress acted swiftly to reverse the reductions to BAH. However, there’s no guarantee this policy fix will remain in the future. Any move to re-establish those BAH reductions would once again have the potential to destabilize the entire MHPI P3.

More than two successful decades of MHPI prove that P3s can help rebuild America’s infrastructure and serves as the foremost case study for leveraging private-sector funding. The lesson shouldn’t be lost on Congress or this administration: altering the foundational funding premise of P3s mid-course can dramatically impact their
outcomes.