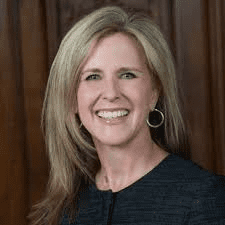 Kristina Swallow, a former engineer for the city of Las Vegas, is poised to be tapped by Gov. Steve Sisolak to become the new director of the Nevada Department of Transportation (NDOT), NDOT documents show.

Her appointment was listed on the agenda for a meeting scheduled for Thursday of the NDOT’s seven-member board of directors, which is led by the governor and includes the lieutenant governor and controller.

A spokesperson for the governor’s office declined to comment.

“As a practicing civil engineer, Kristina has worked in a number of technical areas, including flood control, traffic impact analysis and mitigation, public works and transportation policy,” according to a memo of her qualifications and work history released by NDOT.

Swallow worked for Las Vegas between August 2012 and March of last year. She helped manage a $45 million wastewater project and lobbied the Legislature, on behalf of the city, for passage in 2013 of legislation that allowed the Clark County Commission to index the county’s motor vehicle fuel and various special fuel taxes to inflation between January 1, 2014 and December 31, 2016.

She also served as the 2018 president of the American Society of Civil Engineers, was a legislative assistant in the office of Sen. Tom Udall, a Democrat from New Mexico, and worked for engineering consulting firms.

If approved by the board, she will replace current NDOT director Rudy Malfabon, who was tapped for the post by former Gov. Brian Sandoval, a Republican, in 2012.

Comments are disabled
NEXT ARTICLE
New Method To Determine How Safe Buildings Are After An Earthquake
February 1, 2019
PREVIOUS ARTICLE
E.ON Breaks Ground on Major Solar Project in Texas
February 1, 2019