New Method To Determine How Safe Buildings Are After An Earthquake 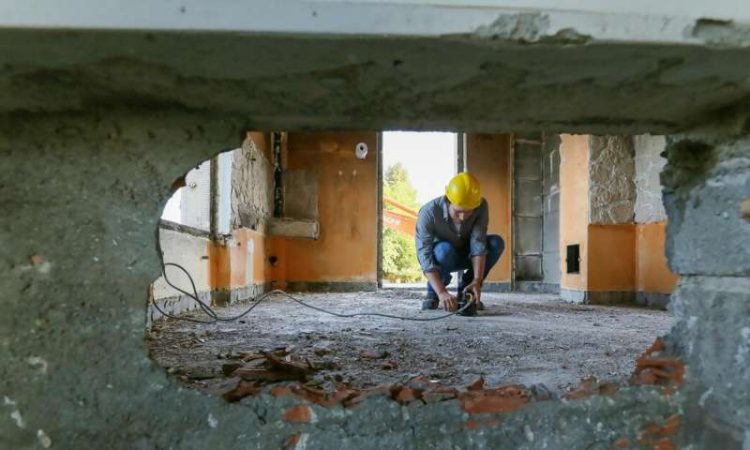 The recordings are then processed to separate out signals resulting from changes in the building’s structure from signals due to weather conditions, ambient noise or the building’s age. The results are entered into a computer model in order to predict the building’s ability to withstand another earthquake. The IMAC scientists estimate that their model’s predictions are 50–100% accurate. Engineers can then combine these quantitative data with the results of their visual assessment. “Combining these two approaches reduces the amount of uncertainty as to whether a building can be occupied. But our model needs to be developed further before it can be adopted on a large scale,” says Reuland, a post-doc researcher at IMAC.

According to Lestuzzi, the IMAC method could already be used to evaluate buildings on the outer rim of earthquake-affected areas, so that residents can quickly know when it’s safe to return to their homes.

Deciding when it’s safe for a building’s residents to move back in after an earthquake is a major challenge and responsibility for civil engineers. Not only do they have to evaluate whether the building could collapse, but also whether it could withstand aftershocks of the same magnitude. The good news is, some promising research is being carried out in this field.

Scientists at EPFL’s Applied Computing and Mechanics Laboratory (IMAC) have come up with a new method that can increase the accuracy of these types of assessments. It is based on taking measurements of a building’s ambient vibrations, and can be used to enhance existing methods and speed the process for determining which structures are too fragile to live in. The study – by Yves Reuland (lead author), Pierino Lestuzzi and Ian F.C. Smith – appears in the January issue of Soil Dynamics and Earthquake Engineering.

“Our article shows that we can leverage existing technology in new ways. We took systems that are already used to measure the condition of bridges, and applied them to the assessment of buildings damaged by an earthquake,” says Lestuzzi, a senior scientist at IMAC. “The other novel aspect of our method is that we don’t need to know the baseline – that is, pre-earthquake – condition of a building to perform the assessment.” That’s important because buildings generally aren’t equipped with sensors that continually measure their structural behavior. After an earthquake, engineers have to diagnose a building’s condition much like a doctor who has to diagnose a patient without knowing the patient’s medical history.

Engineers currently perform this diagnosis using a visual assessment carried out according to an appraisal form developed by Italian researchers. This approach proved highly effective after the two major earthquakes in central Italy in 2009 and 2016. But even though a visual assessment is essential for spotting the damage caused to a building, it takes a long time to complete – some 2–3 hours per building – and is fairly complicated and subjective. And it does not eliminate the uncertainty about whether a building could withstand aftershocks. Hence the new method developed at IMAC.

With the new method, engineers record a building’s ambient vibrations (such as those created by wind or by human activity, like road traffic) with a portable seismograph; this involves placing three or four sensors at different points in the building and measuring the vibrations for half an hour – much like a doctor listens to a patient’s heartbeat with a stethoscope.