/ Articles / Industrial IoT: Fulfilling the Promise of the Digital Oilfield

Industrial IoT: Fulfilling the Promise of the Digital Oilfield 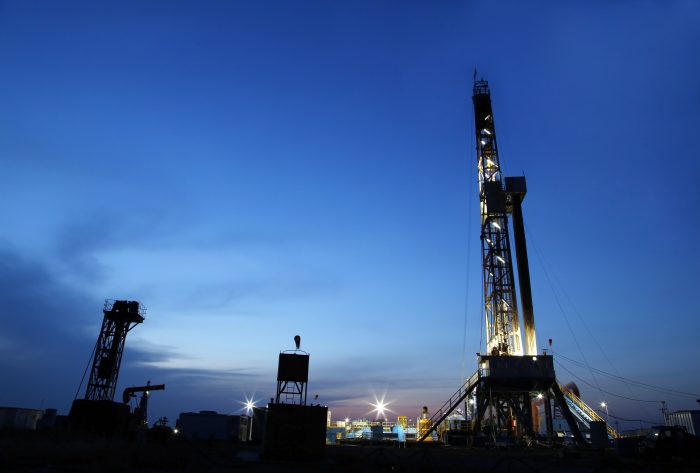 The price of crude oil began a precipitous decline from its summer-2014 highs of approximately $110 per barrel to a bottom near $25 per barrel in the winter of 2016. Few would have forecast that almost three years after falling off that cliff, the price of crude would remain stubbornly low in a price band around $50 per barrel.

What initially appeared to be a short-term market correction now looks more like an indefinite disruption to the days of $80-100 per barrel oil that the industry enjoyed for much of 2010 through 2014. A commodity best known for its volatility now appears to be predictably depressed.

Oversupply has been a systemic problem, and optimism for a strong and lasting recovery from current market conditions seems unwarranted. Low-cost OPEC and non-OPEC producers continue to ramp up production. For operators and oilfield service companies working in higher-cost plays and with more-limited balance sheets, the outcome has been financial distress. In a growing number of cases, bankruptcy filings have resulted.

For the oil and gas industry, the relative stability around the $50 price-point represents a change that may herald the arrival of an era of relatively cheap oil over the long-term, placing unprecedented emphasis on operational efficiency and using technologies such as the Internet of Things (IoT) and Big Data analytics to derive more value from legacy as well as modern assets and systems.

In the halcyon days of stable, $80-100 per barrel prices, operators focused mainly on growing acreage and reserves. This was especially true on U.S. land, where the industry was experiencing a renaissance. Exploration and production in unconventional plays, such as the Eagle Ford and Bakken shale began to accelerate. Large-investor appetite for promising returns meant operators had access to plenty of debt and equity capital to finance lease agreements, acquisitions and operations. In the early stages of unconventional development, cost was, generally speaking, an afterthought.

As activity increased, operators began to transition from exploration to exploitation to increase production and contain runaway costs. In practice, this meant taking a manufacturing approach to the drilling and completion of new wells at a scale—and in a fashion—previously unseen. Operators began to identify sweet spots in these new plays and refined their well designs. Modifications included changes to lateral lengths, frac stage count and spacing, and frac chemistry. Remote monitoring can help operators and oilfield-services companies extract actionable insights on the state of their infrastructure and processes.

The industry’s leading operators made efforts to build large, contiguous acreage positions to achieve economies of scale. New drilling and completion techniques, including multi-well pad drilling and zipper fracs, drove down well costs significantly and reduced the time to bring new wells to production. U.S. crude-oil and natural-gas production volumes quickly soared. The industry’s exuberance was palpable. But several years into a boom period, operators became a victim of their own success. Oversupply brought prices tumbling.

Today, the industry is facing challenges on multiple fronts. An environment of low commodity prices has resulted in a decline in revenues—often by 50 percent or more relative to 2013 and 2014. The industry continues to grapple with its historic human capital deficit, and desperate cost-cutting measures translated to significant headcount reductions. At the same time, the complexity and scope of operations increased due to the monumental deployment of new assets and buildout of infrastructure needed to support the growth in production and the increasing number of drilled, completed and producing wells.

To survive and compete in this environment, operators and oilfield-services companies face an imperative to accelerate cost-cutting efforts as well as optimize production and operations to boost their top line. These objectives are compatible with the benefits of IoT technologies.

To answer the industry’s challenges, the growth of the Industrial Internet of Things (IIoT) led to the development and refinement of the “digital oilfield” concept, which seeks to use sensors and Big Data analytics to optimize every stage of an oilfield’s lifecycle: from discovery to exploration, exploitation and eventual well abandonment. Although digital oilfield technology has seen active deployment by giants such as Shell and BP, its industry-wide adoption rate has been meager.

In the sprawling universe of the IIoT, solutions can be broadly divided into two main categories. The first covers solutions aimed at real-time monitoring and control, which requires constant power and an open, high-speed data pipe to support telemetry. The second type is for those targeted toward continuous monitoring, where a control function also may be involved.

In the latter case, there are various challenges to bridge the data gap between decentralized, remote infrastructure, and centralized SCADA systems and other software platforms used to monitor, analyze and control. Some of the main obstacles to successful implementation include energy efficiency for battery-operated devices, maintaining reliable connectivity in areas where telecommunications infrastructure is limited, and cyber-security.

The upstream oil and gas industry epitomizes the second type of use-case for IIoT. Development typically occurs where population density is low or even zero, distances between locations typically are large, and cellular communications infrastructure is limited. In short, oil and gas assets are dispersed and often challenging to connect.

Although more-advanced communication technologies have taken decades to reach technical and commercial maturity, the other part of the digital oilfield picture—automation technologies—has been actively implemented with continual improvements. Applications for automation include systems for artificial lift optimization to improve recovery of producing wells and pressure monitoring as well as emergency shut-off systems for compressors and pumps. But to truly realize the full potential of the digital oilfield concept, communications infrastructure must be developed that efficiently and securely connects the operational technology (OT) controlling these processes with the information technology (IT) resources used to control and optimize them.

Typical of an emerging technology, IIoT growth has been fitful at times. Fragmentation and lack of interoperability among competing emerging technologies are the major impediments to adoption across industries. For many decision makers, the dichotomy between fanciful media portrayals of the potential for fully automated oilfields and the more-gradual pace of concept implementation has placed digital oilfields in the “trough of disillusionment,” along with the broader concept of the IoT.

In oil and gas, a lack of standardized sensing and communication equipment in the pre-IoT era left many operators with the impression that the digital oilfield remains a distant dream, as it did 20 years ago. This has undoubtedly contributed toward the relatively modest traction the technology has gained in the industry, which is historically notable for rapidly piloting and embracing cutting-edge technologies.

Regardless, the IIoT market has taken vast leaps toward readiness. Low-power wide-area networks (LPWANs) such as Sigfox, LoRaWAN and NB-IoT are advancing toward commercial maturity. The first major commercial rollouts of NB-IoT networks are underway in Western Europe. and the rollout of 4G (LTE) technology for IoT devices in the United States began with CAT M1 technology on Verizon and AT&T networks.

Concurrently, device manufacturers, software providers and other technology solution providers are stepping in to fill the remaining technological gaps. These solutions are aimed toward achieving complete and seamless integration between IT and OT. For example, monitoring and control solutions can develop more tightly integrated feedback mechanisms, which enable process control and optimization as well as asset and infrastructure management to occur almost autonomously. Given the 24/7 nature of oil and gas operations, operators and oilfield services companies can’t afford the expense of non-productive downtime. Infrastructure and asset monitoring can be used to obtain complete situational awareness and enable proactive maintenance strategies.

As such technologies come to market and mature, operators and oilfield-services companies are more likely to embrace them. According to an estimate from IDC Energy Insights, within three years, the top 50 percent of oil and gas companies will have taken serious steps toward making the digital oilfield a reality. More automation and improved efficiencies will enable such companies to focus on their core competency of extracting hydrocarbons from the ground, while piloting emerging technologies that can help streamline operations and maximize value.

The era of the digital oilfield is on the horizon, and the Industrial IoT is on the precipice of helping it fulfill its potential.