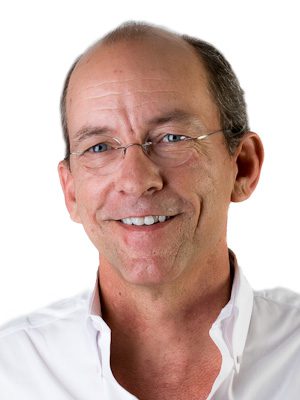 America has a life-threatening infrastructure problem. Recent events in Houston and Miami have underscored both the need for infrastructure investment and its critical role in public safety. Yet despite natural disasters and a stream of almost daily news of failing bridges, broken water mains, antiquated air-traffic control technology and patchwork electric grids, Americans remain alarmingly complacent.

This lack of urgency is ironic given that the wisdom of investing in our nation’s roads, bridges and energy systems is one of the few things that Republicans and Democrats typically agree upon. Broad majorities of the American public say they support infrastructure investment, yet despite political and public consensus:

• More than two-thirds of the nation’s roads, along with 143,000 bridges, are classified “in dire need of repair.”

• The majority of our energy grid’s transmission and distribution lines were constructed in the 1950s and 1960s with a 50-year life expectancy.

• The United States has 15,500 “high-hazard potential dams,” meaning that loss of life would be probable if they failed.

• The country’s projected $3.8 trillion infrastructure gap by 2040 is “the most significant of any country,” according to the G20’s Global Infrastructure Hub.

Those are numbers; then there are actual catastrophes. Current attention has been focused on places such as Houston and Miami. But earlier in 2016, a California dam failure warranted emergency evacuations. We have witnessed Washington, D.C., and New York City declaring emergencies and temporarily shutting down their mass-transit systems. And years after lead turned up in their public drinking water, Flint, Mich., residents still are forced to use bottled water.

Something needs to change. Although infrastructure touches our lives on a daily basis, it doesn’t seem personally relevant, in part because the catastrophes are isolated. If a dam fails in California, that probably doesn’t frighten a New Englander. If mass-transit falters in New York, it doesn’t affect a Texan’s day. It’s a bit like climate change: if you’re not suffering directly, you might not really care.

And because of that, there’s an insufficient sense of urgency to prompt action. The problem in that thinking, of course, is that someone is suffering somewhere, and no one can predict who will be next. So how do we inject relevance and urgency into the infrastructure discussion—at the kitchen table and in Washington—so policy makers get the work done?

The answer may lie in better communications. Brodeur Partners recently conducted a survey of American voters that provided five insights on how to mobilize action on infrastructure:

1. Intensify the education campaign: Despite efforts to date, Americans still don’t appreciate the direness of our infrastructure problems. For example, the majority of American voters in our survey gave air transportation and energy an “A” or “B” grade, yet the American Society of Civil Engineers grade these (and other systems) “D” and “D+”. In sum, people don’t know the severity of the situation.

3. Align priorities: Because infrastructure covers a lot of territory, we need to start with what matters most to the average voter. In our study, Americans’ three top priorities were water, energy, and roads and bridges. Passenger-rail, flood-control, air-transportation and mass-transit systems, although important, were lower on the list.

5. Broaden funding and oversight: We need to promote innovative financing options. Only 25 percent of our respondents say that infrastructure spending should be fully funded through tax increases. Voters need to understand we can lessen the tax burden of infrastructure investment through innovative approaches such as public-private partnerships.

Our aging infrastructure is both a national emergency and economic opportunity. Failure to address it jeopardizes our public health, quality of life and global competitiveness. We need to find ways to make the infrastructure issue relevant to everyone by educating the public, reframing the issue and summoning the urgency required to make things happen.

Jerry Johnson is a partner at Brodeur Partners, a communications agency based in Boston; email: jjohnson@brodeur.com.