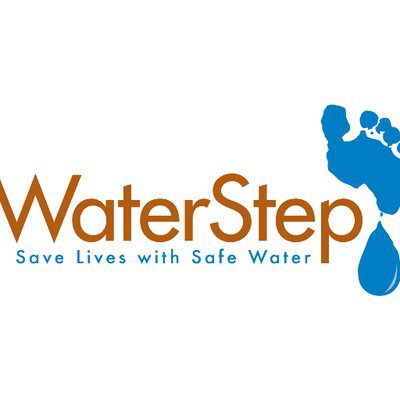 Louisville, KY – Louisville-based non-profit WaterStep has returned from a week-long trip to aid those affected by Hurricane Florence in North Carolina. Five members from the organization left Louisville on Sunday, Sept. 23 in trucks packed with ten disaster relief kits that were able to purify water, and generate chlorine and bleach for disinfection and sanitation. They set up base at First Baptist Church in Willington, N.C., and then traveled into surrounding rural areas each day. Many of these communities rely on well water for their safe water needs, which all had been contaminated for over a week.

WaterStep first set up two water purification systems in Sneads Ferry, N.C. about 45 miles north of Wilmington, making contaminated water safe for drinking and bathing, along with a bleach maker for disinfectant. The systems will stay with a community organization in Sneads Ferry for future use in the event of another disaster.

Then, after a chance meeting with a 6-year-old girl and her mother at McDonalds, the team diverted to Atkinson, N.C. and set up as a disaster response center. A large purification system was installed in a nearby cafeteria close to the town hall and a bleach station was set up at a local church. Water purification training was provided throughout the day, and chlorine generators and BleachMakers were given to emergency management officials to be distributed to other communities.

Next was a two-day trip to rural Fair Bluff, N.C., where most of the main street through town was still under water. They installed a much needed bleach manufacturing station and a water purification system, and provided training for the local Fire Departments on how to use the equipment.

Finally, four mobile disaster kits and 20 bleach makers were sent to emergency management teams and a church in Lumberton, N.C. working with hurricane refugees. The leadership in Lumberton was trained on the equipment by connections at Lafayette Baptist Church who have a history of working with WaterStep on projects in Central America.

“While WaterStep is mostly focused on developing countries, we had friends working in the areas hit by Hurricane Florence, so we chose to offer our assistance and respond to this domestic disaster,” says Mark Hogg, Founder and CEO of WaterStep. “We were quickly directed to rural areas where weary local volunteer emergency teams had no support, there was no disinfectant bleach on store shelves, and there was very limited resources. As in the developing world, our training and equipment was able to expand possibilities and strengthen confidence for the workers to provide access to safe water and disinfectant.”

WaterStep develops and manufactures tools that can be used to provide safe water and disinfectant in the developing world and in disaster situations. These award-winning tools include the innovative M-100 chlorine generator, which can generate thousands of gallons of safe water a day, and the portable BleachMaker, which provides medical-strength disinfectant. In disaster situations when there’s a need for large amounts of water for bathing, general cleaning, sanitation, etc., WaterStep’s tools can provide chlorinated water for disaster relief.

WaterStep, headquartered in Louisville, KY, is a 501(c)(3) nonprofit organization that believes everyone should have access to safe water and that no one should suffer from waterborne illnesses. WaterStep implements water projects and equips people with tools and training in water purification, disaster relief, sanitation, health education, and well repair. Since its founding in 1995, WaterStep has brought safe water to people in over 40 countries. To learn more, call (502) 568-6342 or visit waterstep.org