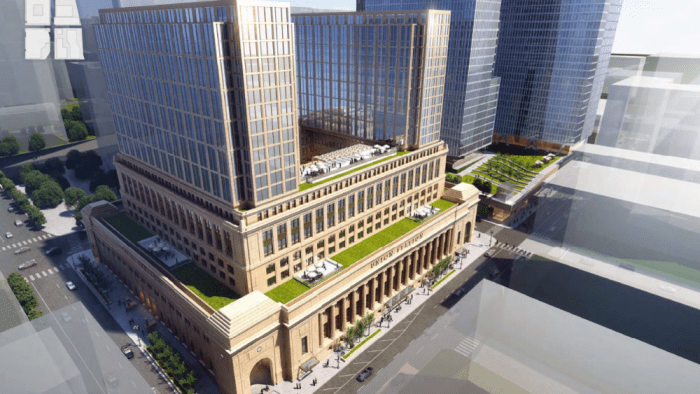 Parul Dubey on May 25, 2017 - in Buildings, News, Projects, Transportation

Amtrak has chosen a Chicago development firm to lead a more than 3 million-square-foot real estate redevelopment of Union Station and surrounding land, a project expected to take about six years to complete and cost more than $1 billion.

Riverside Investment & Development, led by John O’Donnell, will lead the redevelopment team, according to a news release on the project. More details are expected to be announced Thursday by the developer, Amtrak and Mayor Rahm Emanuel. The total development will be about 3.1 million square feet. 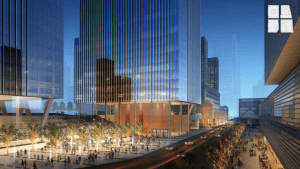 Amtrak has chosen Riverside Investment & Development to lead a redevelopment of Union Station and surrounding land, a project expected to take about six years to complete and cost more than $1 billion. 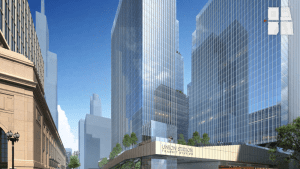 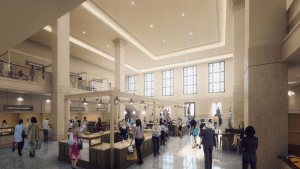 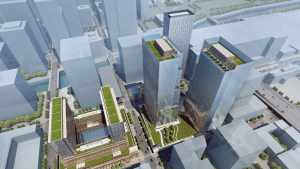 The first phase will include 110,000 square feet of new retail space, including a food hall, according to the news release. Union Station’s Headhouse and Great Hall will be renovated, with 100,000 square feet of office space and a hotel added above the Great Hall. The Headhouse will be topped by a pair of 12-story residential towers.

In the second phase, two 750,000-square-foot office towers will be built where a parking garage now stands. There will be ground-floor retail, about 800 parking spaces and terraces and plazas above the current Union Station Transit Center.

In the third and final phase, a 500,000-square-foot residential and retail tower is planned over rail lines at the southeast corner of Jackson and Canal streets.

Others involved in the project include Convexity Properties, which is the real estate development arm of trader Don Wilson’s DRW Holdings, and architect Goettsch Partners.

“This building was envisioned by Daniel Burnham in the 1909 Plan for Chicago as the city’s primary rail station,” Amtrak President and CEO Wick Moorman said in the news release. “It is in that spirit, we have big plans for both this Headhouse building and nearby properties owned by Amtrak.”

Riverside recently completed a 53-story office tower along the Chicago River, and also has announced plans next year to start building a 51-story riverside office building anchored by Bank of America. That development will be on the site where mall owner GGP’s Wacker Drive headquarters is set to be demolished.

Amtrak, the city of Chicago, Metra and the Regional Transportation Authority last year chose four finalists for the project. The other development groups were led by Chicago firms Sterling Bay, John Buck and Golub & Co.

Amtrak said it plans to negotiate final terms of the development agreement with Riverside by the end of this year.

Riverside’s project is expected to create about 7,500 construction jobs, plus 7,000 to 8,000 permanent jobs, according to the news release.

An earlier version of this story misidentified Amtrak’s president and CEO.

Comments are disabled
NEXT ARTICLE
Structural Solutions: Nuggets of Wisdom for Engineers Young and Old, Part 1
May 29, 2017
PREVIOUS ARTICLE
Americans Concerned that Delayed Repairs to Nation’s Roads and Bridges Affecting Travel Safety and Congestion
May 25, 2017