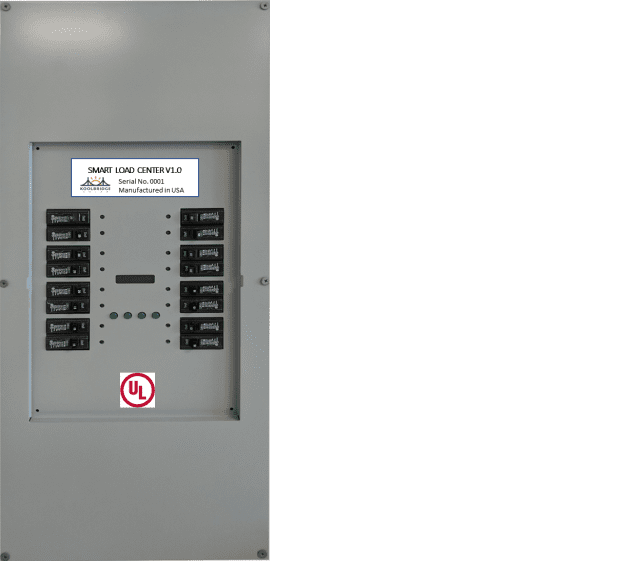 Koolbridge Solar announced today that its renewable energy product, the SMART LOAD CENTER (SLC), has been awarded UL (Underwriters Laboratories) approval.  UL is the world leader in advancing safety sciences and achieving the UL 67 and UL 60730-1 listing marks a breakthrough for the young North Carolina company.

“Being awarded UL 67 and UL 60730-1 certification for our SMART LOAD CENTER is up there as being one of my greatest accomplishments to date”, said Dr. Paul W. Dent, Founder, Chief Scientist and Director of Koolbridge Solar.  “Comparing this achievement to the 30+ patents that have been granted and/or filed on behalf of Koolbridge, as well as to the additional 350+ US Granted Patents and over 1,000 International patents granted in my name, I feel that this accomplishment is the highlight of my career.  I am very thankful for the proud team of electrical, mechanical and software engineers who greatly contributed to the success of this renewable energy product.”   Dr. Dent is considered the #1 patent inventor in the world for wireless communication technology according to Wikipedia’s List of Prolific Inventors.

The SMART LOAD CENTER provides Data Collection, Reporting, Monitoring, and Engagement by integrating today’s state of the art technology into a traditional breaker box format resulting in a solution that seamlessly provides a Residential Distributed Energy Software Management Solution for both solar and grid-based electricity throughout the home on a branch circuit-by-circuit basis.

Even when solar and grid power are both available, the intelligence built into the SLC gives preference for using someone’s own, free solar power by switching as many breaker circuits to solar as it can at that time.

Once full production begins, the SMART LOAD CENTER will be made available initially through US Solar Installers, Dealers and Resellers.

The Koolbridge Solar SMART LOAD CENTER is a one of a kind intelligent breaker box with the following features:

Koolbridge Solar is the “Gateway to the Intelligent Home®”.   It is the first company to design, develop and sell the next generation of Disruptive Innovative Energy Technology electrical power products that automatically selects the most economical use of utility, solar, battery, wind or generator power for homes and businesses on a circuit-by-circuit basis.  Koolbridge Solar has patented and patent-pending products under development that effectively capture, manage and distribute electrical energy throughout homes or businesses.

For additional insight into Koolbridge Solar please visit our web site at:  www.koolbridgesolar.com