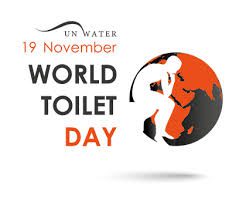 Sprawling cities gave way to the built up of waste, including dirty water. At first, cities were able to control the water going through the drains, but that is changing. Wastewater is a lot grittier and contains more contaminants than ever before. Water is still one of the earth’s most precious commodities, making it imperative that serious changes are implemented regarding how wastewater is treated.

To learn more, checkout this infographic sponsored by the University of California, Riverside’s Online Masters in Engineering program.

Why Should Wastewater Treatments Change?

The United States is being pressured by the best environmental engineers to do something about wastewater. The old oxidation process is simply not efficient it anymore, which is why many are attempting to develop a new and more effective oxidation process.

This new process is especially important because of the main problem that some of the states in the US are facing. The problem is some states are in danger of running out of water. The states that are facing this danger are Texas, Arizona, California, Kansas, Colorado, Oregon, Oklahoma, Utah, and Nevada.

In fact, a study pointed out that Connecticut had the driest February to May period back in 2015 according to known history. Keep in mind that this state was the epicenter of the drought that the northeastern part of the US suffered years ago.

The terror regarding water does not stop there. The EPA has released a statement saying that they expect 40 to 50 states to have water shortages within the next 10 years.

It’s important to first understand the existing conventional water treatment steps to understand why they need to change.

Generally, the first step is to remove large objects from wastewater. The first step is to strain the water from things like grit, sand, or stone, but there are other foreign objects thrown down sewage lines. The water is drained using grit channels that help control the velocity of the water passing through. This allows heavy or large items to settle at the bottom of the channels in place.

Ideally, this process removes large items from the water and what is left is water containing organic materials. This water moves on to the second step of the wastewater treatment process, which involves removing the organic materials. The process is meant to remove around 90 percent of all organic material that might be present in wastewater. This is done by attaching growths, which could be enzymes or bacteria that help eat away organic waste. Conventional water treatment might also use suspended growth processors.

The third step is meant to continue the removal of organic waste and produce higher quality wastewater. The process is just an amplification of the second step using a more concentrated dose of the enzyme or bacteria treatment. The fourth step is simply to disinfect the water. This process involves adding chlorine to the water and using both ozonation and UV lights to kill any organisms in the water.

The process may sound simple enough, but there are blaring problems that must be addressed. For one, the infrastructure alone cost the US 400 to 600 billion dollars over the span of 20 years to ensure that the water is properly treated.

Sure, it is great to see cities use recycled water, but this treatment does not create the kind of water that can be consumed safely. It is just not clean enough. And, on top of everything else, wastewater treatment creates an insurmountable amount of sludge that needs to be disposed of.

Wastewater and the New Hope

All is not lost as environmental engineers are still hoping to change the tide. Their hope is to implement new technologies that would effectively give cities the ability to reclaim and reuse recycled water in more ways than what is possible now. Engineers are also attempting to extract wasted energy from sewage streams.

It is also imperative that engineers revitalize the way storm water is captured. Take California, for example, storm water can add 10.8 million to 13.7 million acres of water to the state each year.

These are just some of the goals that environment engineers have set their eyes on. And they intend to achieve them using many revolutionary systems. For one, they want to use membrane filtration systems. These systems are much more efficient at removing dissolved constituents, meaning that sludge should be drastically reduced.

There is also a move to use nanotechnology to use big data to improve membrane filtration with fewer mistakes. This means cleaner water and less energy used to filter the city’s water. Nanotechnology should also make it a lot easier to use hydraulic conductivity.

There is a serious push to introduce more natural ways of cleaning sewage water, which should improve water quality beyond what is now known. This could make recycled water useful for more than just irrigation. The aim is to make recycled water good enough to drink.

It is easy to see why many engineers are paying particular attention to sewage water. This is especially important when thinking about how close some states in the United States are to water shortages. Change is absolutely necessary, and it cannot be incremental change because the US simply cannot afford that. What the US needs is revolutionary change, and it needs it now.