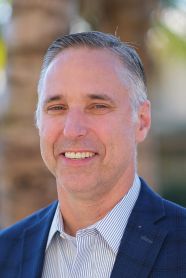 With so much turmoil in the economy and stock market, many A/E business owners are probably wondering what this may mean for their own firm’s value. Interestingly, while the stock and debt markets are going through turmoil, many firms in the A/E industry—both publicly traded and privately held—continue making acquisitions, demonstrating revenue and backlog growth, and seeking to hire more employees.

Furthermore, the future pipeline of projects from federal, state and local government agencies funded by the Infrastructure Investment and Jobs Act (IIJA) would generally signal rising future valuations for companies operating in the A/E industry. However, that may or may not be the case.

Equity markets are more heavily influenced by the debt market than any other leading indicator. The benchmark 20-year Treasury, from which the cost of capital is derived, has nearly doubled since the beginning of the year from 2.05 percent to 4.25 percent (as of Oct. 13, 2022). At present, rising inflation rates are forcing the Federal Reserve to increase interest rates in an attempt to control inflation. This increases the cost of capital, which drives down equity valuations, all other things being equal.

As of this writing, the major equity market indices—The Dow Jones Industrial Average, S&P 500, Nasdaq 100 and Russell 2000 (small cap index)—are down 21 percent, 25 percent, 33 percent and 26 percent, respectively. In addition to the decline in market capitalization, market multiples (P/E ratios) also have declined. The Schiller PE Ratio for the S&P 500 declined from 39.98x to 26.84x, or 30 percent since Dec. 31, 2021. The mean and median Schiller PE Ratio since 1970 were 21.5x and 21.0x, which indicates there’s still more room for further decline. Comparing the market capitalization decline to the decline in PE ratios indicates that corporate earnings are up, but valuations are down. This analysis indicates that investors view the future as uncertain despite current earnings results.

While increasing earnings typically equates to an increase in stock value, this isn’t always the case. Of course, nothing is more disheartening than telling shareholders that while revenues are up and profits are up, the company’s stock value is down. While it may seem counterintuitive, it’s an important reminder that value is driven by expected future cash flow. Investors across the broader stock market are selling equity investments because rising interest rates increase future cash-flow risk.

Fortunately, with improving backlogs and stronger growth opportunities in 2023, firms in the A/E sector may be poised to outperform the larger economy, thanks in part to the aforementioned infrastructure spending. The prospect for continued industry growth in 2023 and beyond could well offset the economic and market headwinds that are putting downward pressure on valuations at the end of this calendar year.

As a final note, firms that utilize formulas to determine their stock’s value may want to examine those formulas to ensure they don’t stray too far from a reasonable value indication, particularly in light of the material changes in market conditions.

Comments are disabled
NEXT ARTICLE
Thoughts From Engineers: Where the Water Will Go
November 28, 2022
PREVIOUS ARTICLE
ReEngineering the Engineer: At Some Point, You Could Be the One Asking For Forgiveness
November 28, 2022