/ Articles / ReEngineering the Engineer: At Some Point, You Could Be the One Asking For Forgiveness

ReEngineering the Engineer: At Some Point, You Could Be the One Asking For Forgiveness 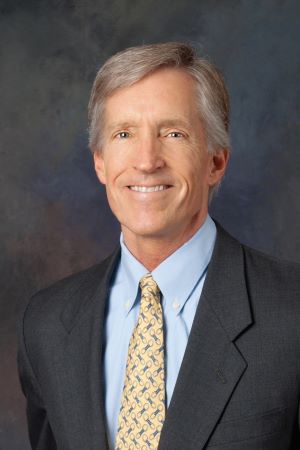 Every now and then, I run across a project that seems “snake-bit.” No matter how complete our drawings were or how well we understood existing conditions, there seems to be this never-ending parade of issues for the life of the structural work. Some are unknown conditions that become known, some are contractor inflicted, and sometimes they’re design-team inflicted. It can make for a long construction admin phase.

This fall, a three-story tilt-up school has been my problem project. The trouble started when the special inspector informed me the concrete subcontractor had trouble with concrete delivery and had to stop pouring mid panel. The inspector sent me photos of the panel’s condition when they restarted the concrete pour; it was obvious we would have to reject the panel.

A couple days later, we learned they were having trouble getting the panels off the slab. They had to destroy several panels, including the one with the nasty cold joint. The steel erector now was scheduled to be onsite in a week.

Somehow, they managed to get the panels reformed and rebar onsite within a day or two. Late the next Friday afternoon, I learned the concrete sub forgot to spray the bond breaker ahead of time and sprayed it with all the rebar in place—all the rebar now had bond breaker on it.

My short answer at that point was to replace all the rebar. That led to several weekend phone calls with the general contractor’s superintendent about this issue. Could they use gasoline to clean the rebar? Could they wipe the bond breaker off all the bars with Goop? I insisted the only solution was to replace the rebar: final answer.

Fast forward two weeks, and I receive an email from the special inspector with several reports, one of which included deviations. Turns out, they poured that panel without replacing the rebar, erected it, and the steel contractors were now halfway through erecting the steel. I was needed to approve/disapprove the non-compliance.

I don’t get very bothered by things much (anymore), but this one really didn’t sit well with me.

On one hand, I was asked for my recommendation, and I said to replace the rebar. I’m sorry someone didn’t know better than to not spray the rebar, but that’s not my call. I’m sorry there were extenuating circumstances that “required” a quick turnaround to pour the panel; again, not my call. But not knowing to what extent it was sprayed, I erred on the conservative side and requested the sprayed rebar be replaced.

When someone asks for your advice/recommendation as the EOR, then they deliberately do something else because they didn’t like the answer (or think they know better), then come back to you to ask for approval/forgiveness, there’s a significant part of me that wants to tell them to take the panel down and repour it. I don’t care about the impact (cost and time) it would have on the project.

On the other hand, there’s some evidence (limited research) that suggests bond breaker may not have much effect on bond strength even if it’s over the entire length of the bar.

Either I dig my heels in and demand the panel be replaced, because I expected my recommendation to be followed regardless of the cost or time involved. An extra day or two to get new rebar and wait for the pour pales in comparison to the weeks of time and cost involved to replace the panel given the current stage of construction.

Or I approve the non-compliance and further empower whoever decided to continue with the sprayed rebar that he can do whatever he decides is “right” for him/his company/his project and simply beg for forgiveness later.

In one respect, the answer is easy: if it involves the life, safety and well-being of the public, we’re required to do the right thing for them, period. However, in many other respects, it’s complicated.

This could be a client that has brought you profitable work year over year—they just had a bad day. If you give the snappy “take it out” answer, you’re now the engineer that doesn’t think outside the box. It could be the owner has to be in by a certain date. Delaying the project could jeopardize that move-in and potentially make everyone on the team look bad.

When you seal/sign enough projects during your career, you will eventually run into something that requires some soul searching to resolve. It comes with the territory as EOR, and there’s no stock answer. What works for me won’t work for everyone else, and each set of circumstances is different. We all have to weigh the consequences and facts, and make a decision on our own. The decisions are rarely obvious and easy.

We all make mistakes. This particular problem was caused by someone else. There could come a day where I’m the one looking for some help. So I focus on trying to work with what we’ve got to justify it’s OK and hope someone would do the same for me if the roles were reversed.

Comments are disabled
NEXT ARTICLE
Executive Corner: Where Are A/E Values Heading?
November 28, 2022
PREVIOUS ARTICLE
From the Editor: When the Going Gets Tough, the Engineers Get To Work
November 28, 2022