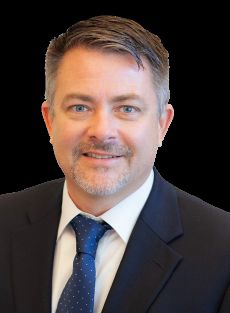 This particular interview was recorded by Todd Danielson, the editorial director of Informed Infrastructure. You can watch the full video interview above or by visiting bit.ly/3dhQJD9.

It’s no surprise that Jason Griffin and Helen Scales believe aging infrastructure is a major problem facing utilities, designers and consumers. Systems that have reached their “end of life” stage often cause water loss, increased power consumption and decreased water quality, among other negative consequences. 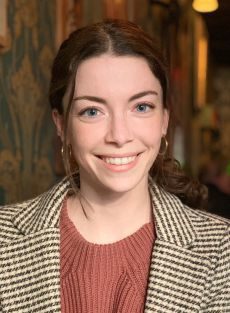 “GIS provides spatial awareness to infrastructure information,” notes Scales. “You can visualize where the aging infrastructure is in relation to other factors—environmental factors or population characteristics—and it allows you to visualize trends or hotspots where crucial data is missing or where infrastructure is failing, and then find those underlying causes.”

Cloud-based data and management have changed everything, however, making analysis much easier, faster and cheaper. For example, TIGER census data as well as data from FEMA and the EPA now are readily available and live-streamed online from the cloud.

“Now these features can not only be shared and edited live by multiple people, but they also can be associated with inspection information, photos and videos,” she explains. “Cloud-based technology is making inspections as well as asset management a lot more efficient than it was in years past.”

As an example, OHM Advisors has been attaching 360-degree images and videos to manhole and other asset inspections, allowing for “in-person inspection” to be done on a desktop, as opposed to sending a crew into the field.

Technology for its own sake is never enough reason for adoption, but GIS and cloud computing are proving worthwhile in many specific and useful arenas. A particularly effective example is in master planning for infrastructure.

According to Griffin, master plans can be effective tools for proactive and reactive circumstances. As an example of a proactive response, he cites planning for system growth that will eventually require new utility easements.

“You’ve looked at the basin, you’ve identified corridors of growth, so you may need to go ahead and acquire those easements, even though you’re not putting utility lines in yet,” he explains. “Same with property acquisitions for aboveground infrastructure like treatment plants, pump stations and water tanks. Go ahead and grab those properties well in advance, instead of waiting for future needs.”

In terms of reactive solutions, such as when a water main is broken or washed out and service needs to be immediately reestablished, Griffin advises to already have a plan that looks at census modeling and growth statistics to decide if the replacement main should be “up-sized” rather than just replaced with what previously was there.

“Nobody has a crystal ball, but forecasting and planning for capacity growth is critical to utility management and best-finance practices,” adds Griffin.

The Future Is Now

Scales believes utilities may have been hesitant in the past to adopt GIS because they thought the learning curve would be too steep, and the costs may not be worth it. She counters that times and circumstances have changed, and the time for new technology adoption is now.

“With multiple tutorials online from software and engineering companies available to help, training is pretty minimal and can greatly increase the utility of your system,” she adds.

New funding recently available from the federal government set aside specifically for asset management and GIS makes the technologies more financially accessible to a wider array of communities. Cloud-based data sharing allows multiple communities and clients to work together, bringing down costs and time losses that were previous barriers to entry.