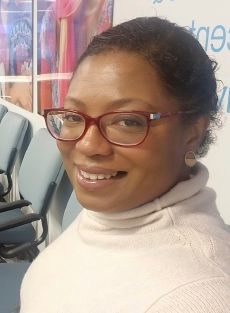 This particular interview was recorded by Todd Danielson, the editorial director of Informed Infrastructure. You can listen to a podcast of the full interview above or by visiting bit.ly/3QZcgyt.

Tawkiyah Jordan is the senior director of housing and community strategy for Habitat for Humanity International.

In her work with Habitat for Humanity, Tawkiyah Jordan has noticed that in many lower-income neighborhoods, heavy infrastructure was designed and built without the consideration of the people who live there. She cites as examples a highway in South Bronx, New York, that separated a neighborhood from its waterfront as well as a manufactured gas plant that was placed beneath a public park.

“We don’t include the people who live in those places because they’re not seen as experts,” she explains. “The key thing is to understand that they actually are experts.”

She notes that residents can tell you all about what’s happening on the ground, how they navigate their community, and what the pros and cons are of the changes you’re contemplating. They can help “proof test” designs.

“Sometimes those of us who are trained come in feeling like ‘we know best,’ and of course there are things we’re bringing to the table,” she adds. “However, we can implement smarter designs if we create human-centered processes to allow that to occur.”

As a particularly painful example, Jordan cites the Sheridan Expressway in the South Bronx, where the community fought to have a stub of highway that was never completed removed to allow for housing development and access to the waterfront. A collaborative community-approved plan was overruled by engineers and government employees.

“We got into a study with the city of New York, negotiated a truce, basically, to allow at least for full pedestrian crossings across this small stretch of highway, and it worked—everybody was really excited,” she explains. “However, the engineers at the New York State Department of Transportation took the plan that everyone negotiated and was kind of happy with, and they added to it a set of ramps south of that mile that will now cut a new section of waterfront off from the community.”

How to Change the Engineering

According to Jordan, planners and engineers often don’t even realize until much later, after much expense and time, the true impact of a major project on people.

“We’ve learned, especially in the last few years, that the decisions [planners and designers] make have a significant impact on the outcomes for the people that live in those places, whether it’s particulate matter in the air and how it affects asthma rates in those communities, or whether it’s the walkability of a community that’s impacted by how infrastructure investment occurs, or just livability of that place,” she says. This is why those living in affected communities are critical to the design process and thinking.

“We can break the mold,” she adds. “We can create changes that make the work we do more centered on the humans that will eventually use or benefit from that engineering. It will make each project more successful.”

Jordan understands that engineering classes often don’t teach how to incorporate people affected by infrastructure into calculations and designs. To help develop such skills, she suggests engineers participate in events and processes happening in the community.

“Spending time on the ground, actually walking a place, understanding what it looks like, what it feels like, who the users are,” she says. “Talking to people there is really important, because what’s going to happen will change based on how you’re listening to them, and some of that does take training.”

She also suggests forming partnerships with community organizations and trying to imagine being someone who lives in the community and thinking of their perspectives.

“If we spend time in places with people as partners and participants, whether we’re using participatory action research, whether we’re working with urban planners to look a little more deeply at a neighborhood to understand the data, we can learn how people are using the place we’re designing for,” adds Jordan.

Engineers can take “social innovation” classes as well as talking to as many people as possible in the local community, what she calls “empathy interviewing.” This can help engineers build processes that are more human centered and include them in their work as practice to become “community partners.”

“As partners, we’re able to leverage more out of our developments,” she notes. “We’re able to get local governments to invest alongside us, because we have residents at the table. There’s the altruistic component of it, of course, but there’s also a lot we’re leveraging and able to achieve because we’re creating those deeper connections at the local level.”