/ Energy / Eco Wave Power Expects a Boost to its U.S. Market Penetration Efforts in Line With the $369 Billion Renewable Energy Bill Initiative by the U.S. Government

Eco Wave Power Expects a Boost to its U.S. Market Penetration Efforts in Line With the $369 Billion Renewable Energy Bill Initiative by the U.S. Government 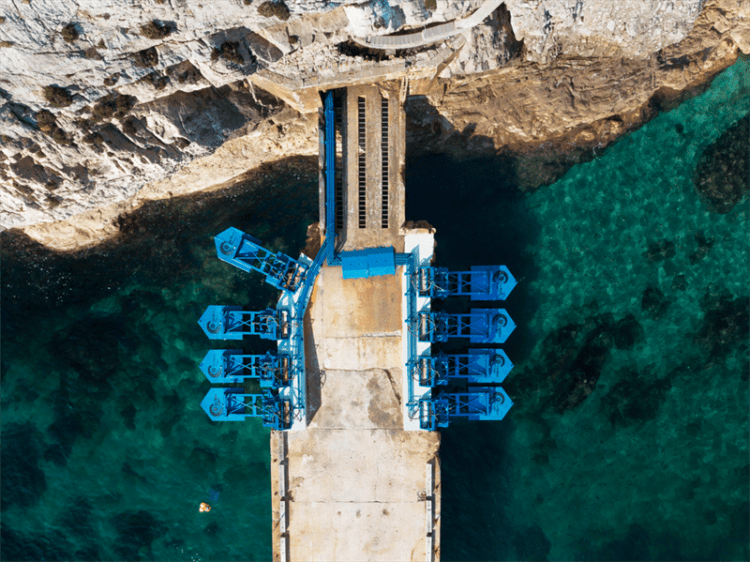 In remarks made at the White House earlier this week, President Joe Biden said: “We will invest $369 billion to secure our energy future and to address the climate crisis, bringing down family energy bills by hundreds of dollars by providing working families tax credits. … This bill would be the most significant legislation in history to tackle the climate crisis and improve our energy security right away. And it’ll give us a tool to meet the climate goals that are set — that we’ve agreed to — by cutting emissions and accelerating clean energy.  A huge step forward.”

This legislation initiative comes at an opportune time for Eco Wave Power, who announced earlier this year about the Company’s intent to focus its commercialization strategy on the European and the Unites States markets.

“The United States is a high priority market for Eco Wave Power. Thus, this year, we have operated in two parallel paths for the penetration of our pioneering technology into the U.S market: the first path is through the promotion of our first ever wave energy project in the State of California and second is through the promotion of a first of its kind legislation initiative in the State of New Jersey, dedicated to wave energy,” added Inna Braverman.

During 2022, Eco Wave Power has already acted upon its strategy for the U.S penetration through the promotion of its pioneering technology in the State of California and the State of New Jersey.

In California, the Company has entered an agreement with AltaSea at the Port of Los Angeles, for the installation of its very first wave energy project in the United States. Yesterday, Eco Wave Power announced that in accordance with the agreement with AltaSea, the wave energy conversion unit is already on its way to the Port of Los Angeles, set to arrive to the Port in September 2022, enabling the Company to start assembly and installation works.

Whereas, in parallel, the Company has worked closely with New Jersey State Assemblyman Robert Karabinchak, that announced in January 2022 his intent to introduce new legislation initiative to bolster wave energy as the next, up-and-coming renewable energy source, recognizing this technology’s incredible potential. Karabinchak has said that the state can aim to include wave energy in its Energy Master Plan and develop a streamlined process for its deployment along New Jersey’s coast. This action will help New Jersey become the first U.S. state or territory to have a commercial wave energy proof of concept.

In line with the announcement, in June 2022, New Jersey State Assemblyman Robert Karabinchak has introduced Bill A4483, which calls for the utility board to create a commercialization and deployment plan, and to offer financial incentives to companies and port owners for executing wave energy power stations.

Eco Wave Power believes that given that the $369 billion legislation initiative will be approved in its current format and combined with the Company’s recent progress in the states of California and New Jersey, this will serve as significant boost to the Company’s commercialization plans for the United States.

The Company is currently finalizing the construction of its grid connected project in Israel, with co-investment from the Israeli Energy Ministry, which recognized the Eco Wave Power technology as “Pioneering Technology” and will soon commence the installation of its newest pilot in AltaSea’s premises in the Port of Los Angeles. The Company also holds concession agreements for commercial installations in Europe and has a total projects pipeline of 327.7MW.

This press release contains forward-looking statements within the meaning of the “safe harbor” provisions of the Private Securities Litigation Reform Act of 1995 and other Federal securities laws. Words such as “expects,” “anticipates,” “intends,” “plans,” “believes,” “seeks,” “estimates” and similar expressions or variations of such words are intended to identify forward-looking statements. For example, Eco Wave is using forward-looking statements when it discusses the Inflation Reduction Act of 2022, the significance and potential advantages of this legislation, that United States is a high priority and a key market for Eco Wave Power, that the Company’s wave energy conversion unit is set to arrive to the Port of Los Angeles in September 2022, and the Company’s belief that given that the $369 billion legislation initiative will be approved in its current format and combined with the Company’s recent progress in the states of California and New Jersey, this will serve as significant boost to the Company’s commercialization plans for the United States. These forward-looking statements and their implications are based on the current expectations of the management of Eco Wave and are subject to a number of factors and uncertainties that could cause actual results to differ materially from those described in the forward-looking statements. Except as otherwise required by law, Eco Wave undertakes no obligation to publicly release any revisions to these forward-looking statements to reflect events or circumstances after the date hereof or to reflect the occurrence of unanticipated events. More detailed information about the risks and uncertainties affecting Eco Wave is contained under the heading “Risk Factors” in Eco Wave Power’s Annual Report on Form 20-F for the fiscal year ended December 31, 2021 filed with the SEC, which is available on the on the SEC’s website, www.sec.gov.