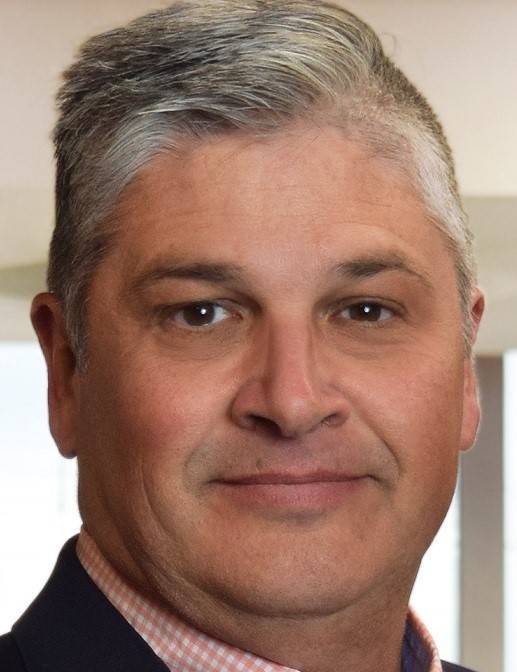 DAYTON, Ohio (Feb. 2, 2022) — David Holstein, a longtime Ohio Department of Transportation traffic and engineering director nationally known for innovation, has joined Woolpert as a transportation program director. Holstein created, developed and implemented multiple groundbreaking transportation engineering programs and solutions at ODOT, some of which have been adopted by departments of transportation across the country.

“At ODOT, I learned that generally no one stops you if you want to try something new and different,” Holstein said. “ODOT is an incredible and forward-thinking agency that leads the nation in many areas, including work zone performance monitoring, safety and mobility, among other things. Current federal work zone safety and mobility regulations are based largely on what Ohio developed, and I am proud to have been part of that effort for the last 31 years. I truly believe, if you’re not going forward, you’re going backward.”

Holstein is a Beavercreek native who studied electrical engineering at Ohio University. He interned at ODOT, where his father worked, before being hired as a traffic engineer. He steadily rose through the agency due to his continual focus on creative and practical approaches to solving traditional transportation issues, and many of his accomplishments are due to his involvement in and great appreciation for the ODOT Safety Program. These included the development and adoption of real-time crash reporting and mobility monitoring of major work zones, reflective back plates on traffic signals, reflective signposts, the signal timing program, rumble stripes, dual signage on high-speed routes and more.

Holstein authored and implemented ODOT’s national award-winning Maintenance of Traffic policies and procedures, which included the Maintenance of Traffic Exception Committee and the development of the Permitted Lane Closure Chart. He oversaw the planning and creation of ODOT’s Statewide Traffic Management Center and the development of the Interchange Operations Study. He also wrote and executed the Performance-Based Project Development Procedures, which were developed for Ohio and shared with the American Association of State Highway and Transportation Officials. AASHTO adopted many of those concepts in its seventh edition of the “Policy on Geometric Design of Highways and Streets” manual, also known as “Green Book 7.”

“Ohio, like every other DOT, used to be focused on purely following standards, even when the resulting cost and impacts could be disproportionate to the benefits they provided. For example, if a shoulder was 8 feet wide instead of the standard 10 feet wide but was not causing a problem, you may not want to widen it if the costs and impacts are excessive,” Holstein said. “The idea of Performance-Based Project Development is about fixing what’s broken to ensure the money goes where it’s needed. Resulting cost savings can be used to fund critical safety, multimodal, capacity or system condition needs on other parts of our transportation system. What we did is switch the definition of ‘broken’ from ‘not meeting standards’ to ‘something that is causing a problem.’”

Holstein recently served on two important committees with the National Cooperative Highway Research Program.  One committee is developing the first of its kind National Operations Manual, which will be analogous to the Highway Safety Manual and Highway Capacity Manual, but for operations. The other committee is focused on identifying national best practices related to the implementation of context classifications for the selection of geometric design criteria.

“There is a national recognition that we need to evolve on how we design our streets. Multi-modalism is a critical part of our overall transportation system, and our current way of picking geometric design criteria can result in a street being out of context with its surroundings; especially when vulnerable users such as walkers and bikers are present,” Holstein said. “The work of this NCHRP committee will be used to support the implementation of context classifications for choosing design criteria in the upcoming Green Book 8.”

At Woolpert, Holstein will help develop a premier traffic engineering team, focusing on progressive, data-driven solutions. He said he chose to work at Woolpert due to the firm’s aggressive growth mode and the forward-thinking staff. “I love that Woolpert is open to going in new directions, actively envisioning what the future is going to be and wanting to get there first. They are interested in doing new, exciting, cool, different and leading-edge stuff. I like that.”

Woolpert Transportation Market Director Judi Craig said Holstein has elevated traffic safety across Ohio “because he has always been able to see further down the road and around the bend. We are thrilled to have Dave with us, and I am excited about what we can accomplish together.”

Holstein said he was looking forward to working with the Woolpert team and to seeing what this next chapter holds. But he also paused for one look back.

“As good of an organization as ODOT is, the people and the culture are even better. I was blessed to work with a lot of very good people. My plan was to retire after 31 years and then work in the private sector, and I have been lucky enough to do just that,” he said. “I’ve always wanted to make whatever I was doing better—more efficient, cheaper, smarter. I was able to pursue that with ODOT and I think that will be the same here at Woolpert. I’m a big believer in constant improvement. It’s not a journey, it’s a continuum. I’m happy to be here.”

About Woolpert
Woolpert is the premier architecture, engineering, geospatial (AEG) and strategic consulting firm, with a vision to become one of the best companies in the world. We innovate within and across markets to effectively serve public, private and government clients worldwide. Woolpert is an ENR Top 150 Global Design Firm, recently earned its sixth-straight Great Place to Work certification, and actively nurtures a culture of growth, inclusion, diversity and respect. Founded in 1911 in Dayton, Ohio, Woolpert has been America’s fastest-growing AEG firm since 2015. The firm has more than 1,600 employees and 60 offices on four continents. For more, visit woolpert.com