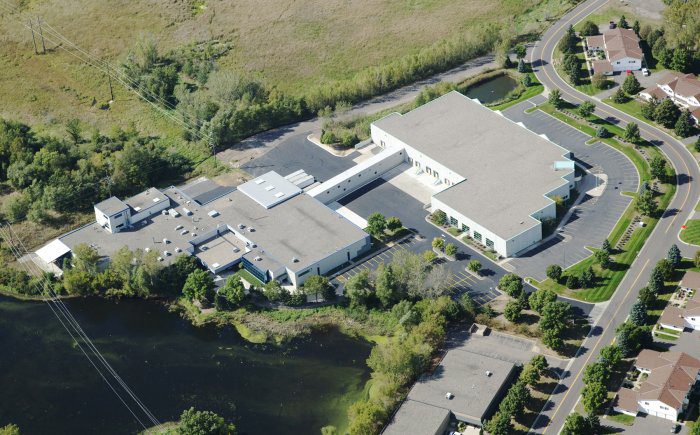 “There are three things inevitable in life: death, taxes and corrosion. So, we are in the right business!”

Such is a common saying of Boris Miksic, Founder and CEO of Cortec Corporation, a company that has become the global leader in innovative VpCI ® and MCI® Technology and is now branching out into biotechnology. This year marks the 40th Anniversary of what began as a fledgling company in October 1977. Cortec® has since grown to make a global impact on the corrosion industry, operating nine plants in strategic locations around the world, with a distribution network in over 100 countries.

When Cortec® produced its first shipment of 1200 vapor corrosion inhibitor emitters in a  garage in 1977, it would have been difficult to
envision subsequent growth into the multimillion-dollar global enterprise Cortec ® has become today. But by persistently addressing the world’s multibillion dollar corrosion problems in a safer, more environmentally friendly, and easier to use way, Cortec® has revolutionized traditional methods of fighting corrosion and preserving metals across the globe. Reflecting on Cortec’s remarkable journey, Miksic noted, “When I started in an unheated garage in Hugo, Minnesota at 30 degrees below zero Cortec® was by far the smallest producer of VCI products; now 40 years [later] we are [the] world’s largest.”
Indeed, this once tiny Minnesota company, started by a Croatian immigrant who came to America with only $37 dollars (but eventually ran for president of Croatia), has seen amazing growth through steady effort, vision, and valuable service to industries affected by corrosion. Today, Cortec® comprises a network of multiple plants, laboratories, warehouses, licensees, and hundreds of distributors. Cortec® also excels in turnkey preservation services for well-known corporations around the globe.
Technical Innovation and Growth
Cortec® began revolutionizing the corrosion inhibiting industry with the development of Vapor phase Corrosion Inhibitors (VpCIs) that allow clean, dry, more environmentally friendly methods of corrosion protection for multi-metals. At a time most companies still relied on inorganic chemistries, Cortec® established its first groundbreaking technological platform of organic corrosion inhibiting chemistries. From there, Cortec® grew to its second technological platform of biodegradable and biobased building blocks and now holds a portfolio of over 20 USDA certified biobased products.  reached its third technological platform and entered the most elite group of specialty chemical
companies with the acquisition of Bionetix® International of Montreal, Canada, in 2011 and the subsequent inception of Cortec®
Biotechnology Campus (CBC) in Sarasota, Florida. By integrating state-of-the-art biotechnology, Cortec® now offers natural biological
Cortec’s First Emitter Machine products that are used in countless applications globally. These products enhance the bioremediation of waste systems, the natural power of cleaners, and the health of livestock.

A Wealth of Corrosion Solutions

Cortec’s accomplishments over four decades are many in terms of products, intellectual property, accreditations, and awards. In the early years of the company, Cortec® focused on only a handful of  basic corrosion inhibiting products in various formats. By aiming for a steady growth rate each year, Cortec® has come to offer more than 400 different products, many of which are inspired by and tailored to
specific real-life end-user needs. In the process, Cortec® has amassed a wealth of corrosion control knowledge and intellectual property in  the form of patents, trademarks, trade secrets, and copyrights.

Cortec® R&D leadership in innovation and patenting of VpCI® and MCI® Technology has enabled the company to acquire the industry’s largest portfolio of 63 patents issued over the course of 40 years. This includes patents from the USA, Japan, Germany, UK, UAE, Canada, Switzerland, and South Africa. Cortec® applies for new product patents annually and holds over 100 registered trademarks in various countries around the world. Regular publication of technical papers is another factor that makes Cortec® a leading global voice in the field of corrosion control.

Accreditations and Awards
As part of its commitment to quality products, reliable services, and environmentally friendly processes, Cortec® holds a number of ISO certifications. Cortec® Laboratories is the only ISO/IEC 17025 accredited lab in the industry, which allows Cortec® to provide dependable testing services for its customers by ensuring quality in recording and reporting data and calibrating equipment. Cortec® also holds ISO 14001 Environmental Management System certification and ISO 9001 Quality Management System certification that demonstrate its strong environmental concern and vision for quality.

Cortec® and its leadership have earned many distinguished awards throughout the years. As evidence of Cortec’s important role in the corrosion inhibiting community, CEO Miksic received the NACE Fellow Award from NACE International (“The Worldwide Corrosion Authority”) in 2000. In 2004, Miksic was awarded the NACE Frank Newman Speller Award for Contributions to the Practice of Corrosion Engineering. The same year, Cortec received the NACE International Distinguished Organization Award for excellence in corrosion
protection technologies. Among other awards, Cortec® was early recognized as one of the 500 fastest growing small, dynamic companies in the USA according to Inc. 500 (especially impressive for a chemical company that must face extra regulations). Cortec Award for volatile corrosion inhibiting paper.

Cortec® through the Years
In reflecting on four decades of growth and fighting corrosion, Miksic stated, “I am especially proud that in 40 years as an owner of Cortec® we haven’t missed a single payroll check or have taken a single dollar of outside investment through good and bad times…. The company’s growth through the years has been organic and the companies that we acquired along the way have been a part of our strategy of vertical integration.”

After 40 years, Cortec’s commitment to providing world class, environmentally responsible VpCI® and MCI®corrosion solutions remains. In coming years, Cortec will continue to deliver cost-effective, user-friendly integrated solutions for corrosion problems in the packaging, metalworking, construction, electronics, oil and gas, and many other industries.

Cortec® will be celebrating the accomplishments of the last 40 years at its 2017 World Sales Meeting, September 13th-16th in Saint Paul, Minnesota, where Cortec® will convene with distributors and representatives from across the globe to reflect on the past and gain new energy and vision for the future!