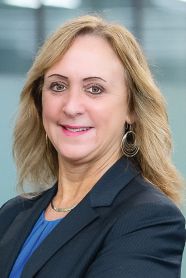 As we have changed our shopping patterns from the cart to an app and meetings from conference rooms to Zoom, infrastructure has been one of the last vestiges of the industrial era that hasn’t migrated to the digital era. This must change.

“We’ve got to build back to a different standard, not to what it was,” the President said. “It’s got to be better.”

I couldn’t agree more. We have the opportunity and the technology to rebuild our infrastructure smarter, safer, more secure, and more effective. We just need to connect the dots.

The American Society of Civil Engineers recently gave the state of U.S. infrastructure a “C-” grade—an improvement from its previous “D” score. If America were a classroom, we wouldn’t be graduating. Rebuilding our roads and bridges without the use of technology would be like building a new house with lead pipes and old newspaper as insulation. Building back better is building in connectivity.

Infrastructure at its core is the foundation to the movement of people and goods across states and through cities; the storage, transmission, treatment and distribution of water; the collection, treatment and discharge or reuse of wastewater; the generation, transmission and distribution of electrical power; telecommunications; education; healthcare; and other areas. But it includes a lot more than that. Let me elaborate.

When we think of transportation, we tend to associate it with roads, bridges, tunnels, rail and urban transit systems. Less so with traffic lights; signage; mapping software; data generated by vehicles’ on-board diagnostics or autonomous driver software; tolling systems; train controls such as collision avoidance; dispatch systems; air-traffic controls; and back-office data centers, including the myriad servers, switches and processors that operate the above.

It’s this latter category that should perhaps be our primary focus as we build back better—using technology as the underpinning of this rebuild. It’s past time for our infrastructure to meet up with our aspirations. If we can land rovers on and fly helicopters around Mars, going from outdated to intelligent infrastructure is also a reasonable goal.

Although we have an increasing population, which means more people and goods need to utilize our infrastructure, we can’t widen streets in already congested cities, and it’s not cost-effective nor desirable to “double deck” them either. So, if we can’t build wider or higher, what do we do? We leverage technology. That allows more passengers and goods to safely utilize our infrastructure more effectively and more efficiently.

Technology can help solve these no-longer intractable challenges. In addition to investing in concrete and steel, we must take advantage of the advances in IoT sensors, 5G to connect them to networks, high-speed processing for large amounts of real-time data, data analytics to convert that data to information, and artificial intelligence to bring out the actionable intelligence from the data. All of this can be used to augment more jobs to allow for better-informed decision making to improve safety and enhance the efficiency of today’s infrastructure.

For example, every bridge, tunnel and overpass could be equipped with sensors to continuously monitor stress and strain on the structure, corrosion detection, increased deflection and other early predictors of potential issues that could be addressed before the structure requires emergency maintenance or, much worse, fails catastrophically.

Geo-mapping in cities can be readily developed and enforced to force mapping software (e.g., Waze, Google Maps, Apple Maps, Uber, Lyft, Amazon, UPS and FedEx) to not route traffic past schools when children are being dropped off or picked up or past places of worship when in session. Platforms such as iNET could be used by cities to manage this re-routing. Traffic “blockers” can be tracked and fed into mapping software. Think of garbage trucks on their routes, snowplows, school buses, street maintenance or even construction that encroaches on the street. This data could be used to improve traffic safety and traffic flow, and protect children going to school and others in public spaces.

No contractor would build a new house today without the latest and greatest technology underpinning it. We should do the same for our country. As we start planning to build our infrastructure back better, it’s important to remember that we make it stronger when we build back smarter and it’s all connected.

Carey Smith is the president and CEO of Parsons Corporation; email: ContactUs.Parsons@parsons.com.