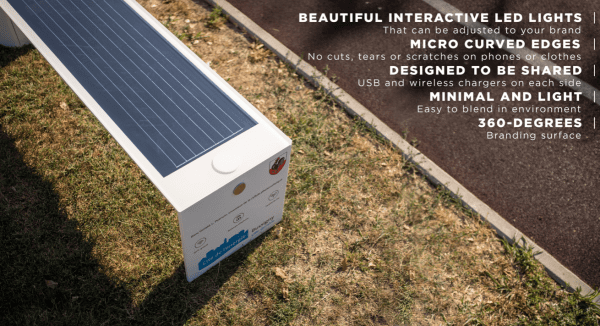 Williston, VT – iSun, Inc. (NASDAQ: ISUN) (“iSun” or the “Company”), a leading solar energy and clean mobility infrastructure company with 50 years of construction experience for solar, electrical, and data services, today announced that it has acquired all of the intellectual property of Oakwood Construction Services, Inc., and its affiliates (“OCS”), a utility-scale solar EPC company, for a total consideration of $2.7 million, with $1.0 million due immediately and the remaining $1.7 million contingent upon the achievement of certain milestones.

Since 2017, OCS has contracted approximately 450 megawatts of utility-scale solar assets in the United States, for a total fair market value of nearly $700 million, with projects in South Carolina, Utah, and Colorado. It is known for its proprietary, lean execution processes allowing it to provide utility customers with highly efficient and cost-effective EPC solutions.

“Acquiring the intellectual property from OCS supports iSun’s ongoing growth strategy as we continue to expand our geographic reach and enhance our large-project execution capabilities” said Jeffrey Peck, Chairman and Chief Executive Officer of iSun. “By entering into the growing large-scale utility solar EPC and build-transfer markets, we are building on iSun’s already strong position in commercial and industrial solar markets and making iSun one the largest pure-play solar EPC contractors in the United States. Investment in utility-scale solar assets in the United States is positioned for continued growth through at least 2030, and with $69 billion of projects already under executed power purchase agreements, but not yet under construction, the addition of OCS positions us well to benefit from this growing market.”

ABOUT iSun
Headquartered in Williston, VT, iSun, Inc. (NASDAQ: ISUN) is a business rooted in values that align people, purpose, innovation, and sustainability. Ranked by Solar Power World as one of the leading commercial solar contractors in the United States, iSun provides solar energy and clean mobility infrastructure to customers for projects from smart solar mobile phone and electric vehicle charging, up to multi-megawatt renewable energy solutions. iSun’s innovations were recognized this year by the Solar Impulse Foundation of Bertrand Piccard as one the globe’s Top 1000 Sustainability Solutions. As a winner, this award will result in the iSun solution being presented to hundreds of government entities around the world, including various municipal, state and federal agencies in the United States. Since entering the renewable energy market in 2012, iSun has installed over 200 megawatts of rooftop, ground mount and EV carport solar systems (equal to power required for 38,000 homes). We continue to focus on profitable growth opportunities. For more information, visit www.isunenergy.com