New LEEA Board member for Australia 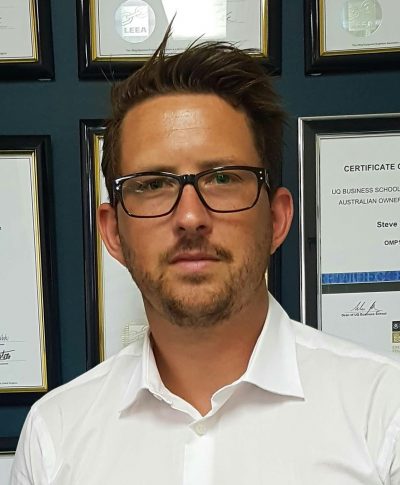 After nine years’ of highly valued service, Ashley Thacker has stepped down from the Lifting Equipment Engineers Association (LEEA) Board as Regional Director – Australia. Ashley’s successor on the Board is Steven Flint, founder and CEO of The Rigging Shed in Western Australia. The transition took place during the LEEA AGM, held on the Zoom platform, on 22 September 2020.

During his time on the board, Ashley has overseen remarkable progress by the Association in Australasia. Now general manager of family business Ranger Lifting, Ashley first encountered LEEA his early twenties when he took a course at the Association’s Huntingdon HQ. At the time there was no provision for formal training and no LEEA members in Australia – Ranger Lifting became the first in 2011. Today, there are nearly a hundred throughout Australasia and Ashley must take much of the credit for this, although he claims: “My proudest moment was actually being accepted onto the LEEA Board at such a young age (26) and being taken seriously when bringing things forward.”

Ross Moloney, CEO of LEEA, said: “During his time on the board, Ashley has overseen remarkable progress by the Association in Australasia. He has been a consistent champion of lifting and particularly the use of new technologies and components – something that is a fast growing part of the sector’s future – and his experience and industry knowledge has been immensely valued by LEEA. I would also like to welcome Steve to the board who, being a 34-year industry veteran, will bring a new perspective to the role. Finally I wish to express my gratitude to Austin Joseph for his service over the 7 years that he has been on the Board and look forward to welcoming his replacement later in the year.”

About LEEA
The Lifting Equipment Engineers Association (LEEA) is established across the globe as the leading representative body for all those involved in the lifting industry worldwide.
It is the respected and authoritative representative body for its members who work in every aspect of the industry, from design, manufacture, refurbishment and repair, through to the hire, maintenance and use of lifting equipment.
The Association has played a key role in this specialised field for over 70 years, from training and standards setting through to health and safety, the provision of technical and legal advice, and the development of examination and licensing systems.
LEEA represents its members at the highest levels across a range of both public and private bodies, including various government departments, as well as nationally and internationally recognised professional and technical institutions. www.leeaint.com @LEEA_INT

Comments are disabled
NEXT ARTICLE
The Transportation Law Legacy Of Ruth Bader Ginsburg
September 29, 2020
PREVIOUS ARTICLE
ReEngineering the Engineer: It’s All in the Delivery
September 28, 2020