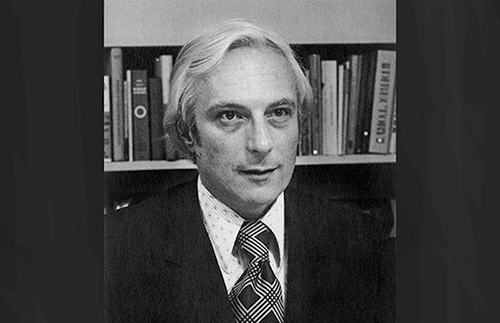 WALTHAM, Massachusetts – Howard Simpson, a founder and first president of Simpson Gumpertz & Heger (SGH), died on 23 January 2020. Dr. Simpson established SGH in 1956 along with Frank Heger and Werner Gumpertz. His expertise in structural engineering and mechanics as applied to precision structures – such as radars, antennas, and radio and optical telescopes – and development of computer models of significant structures led SGH to quickly become one of the leading firms for solving complex engineering problems in structural mechanics. Dr. Simpson’s brilliant and business-minded outlook strongly contributed to the company’s success during his tenure as SGH’s first Chief Executive Officer (CEO) from 1983 to 1995 and as the head of the firm’s Engineering Mechanics division until 1989.

“Howard Simpson set the standard for SGH. His critical thinking, technical expertise, and leadership were guideposts for SGH for his entire career and continue to inspire us today,” said Charles Russo, SGH CEO and Senior Principal.

Dr. Simpson entered Cornell at the age of sixteen, where he earned his B.C.E. with Distinction. After serving in the U.S. Navy, he attended the Massachusetts Institute of Technology (MIT), where he earned both his S.M. and his Sc.D. in Civil Engineering. He served as a professor at MIT for twelve years, where he taught graduate courses in reinforced concrete, shell design, and structural analysis. He then brought his expertise in these fields to SGH, where his perseverance and technical acuity led to groundbreaking accomplishments on notable projects, such as NASA’s Vehicle Assembly Building at Kennedy Space Center in 1963, the Multiple Mirror Telescope at the Whipple Observatory in 1975, and the MIT Lincoln Laboratory Haystack radar antenna.

Dr. Simpson remained very active in his profession throughout his career, serving as a member and leader of many professional associations, including the American Society of Civil Engineers, Boston Society of Civil Engineers, Applied Technology Council, American Association for the Advancement of Science, Building Seismic Safety Council, American Arbitration Association, American Concrete Institute, and New York Academy of Sciences.

“Howard was a leader and innovator who helped push the AEC industry in many ways, including using computers in finite element analysis,” said Mehdi Zarghamee, SGH Senior Principal. “He set a great and lasting example for his peers at SGH and for all future engineers.”

Aside from his prestigious career and accomplishments, Howard had a true passion for traveling, poetry, and photography. He brought his enthusiasm for art and painting to SGH, where he co-led a museum art-lending program at the company’s headquarters.