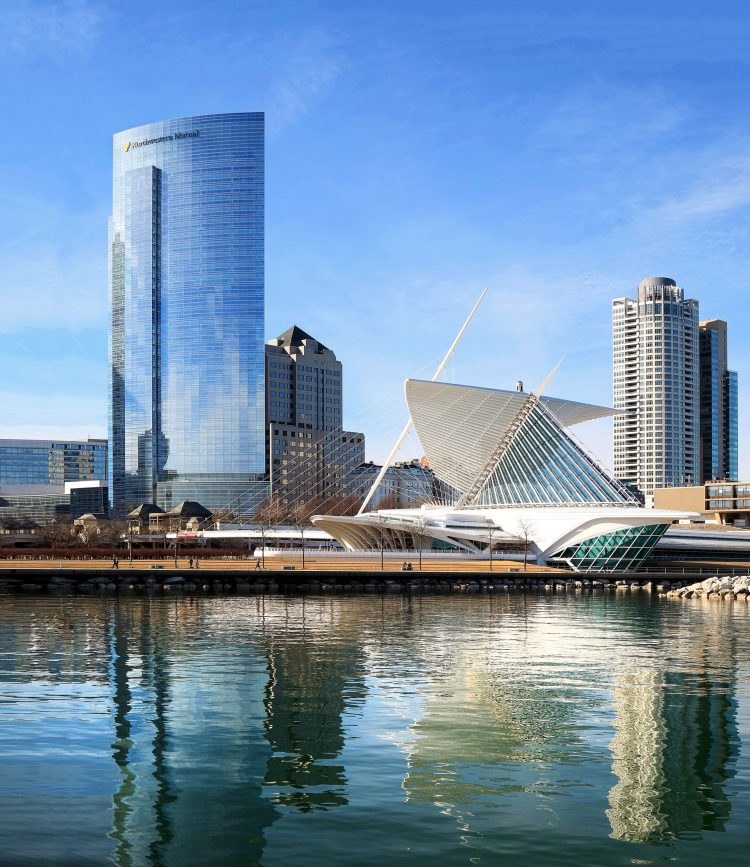 (New Haven, Conn. – September 11, 2019) – Pickard Chilton, an award-winning architecture studio best known for its innovative and sophisticated design of high-performance corporate headquarters and campuses, was honored with two American Architecture Awards for its design of Northwestern Mutual Tower and Commons in Milwaukee, Wis., and the ATCO corporate campus in Calgary, Alberta.

The American Architecture Awards recognize the best new architecture designed and constructed by American architects and international architects with offices in the United States and are the nation’s highest public award given by a non-commercial, non-trade affiliated, public arts, culture and educational institution.

Winners were announced by The Chicago Athenaeum: Museum of Architecture and Design and the European Centre for Architecture Art Design and Urban Studies earlier this month and will be honored in October at a reception in Miami.

“We are delighted to receive American Architecture Awards celebrating our studio’s elegant and sustainable designs for Northwestern Mutual Tower and Commons and ATCO,” said Jon Pickard FAIA, principal of Pickard Chilton. “Northwestern Mutual’s new headquarters tower has been a key catalyst for the revitalization of Downtown Milwaukee. By design, it gives back to the community via a ground-level public common, and refreshes employees with ample daylight and views of the urban gardens and Lake Michigan.”

The Northwestern Mutual Tower and Commons create a high-performance urban campus that engages employees and the City of Milwaukee, while embodying Northwestern Mutual’s longstanding values.  Implementing best practices in workplace design, the elegant 32-story office tower’s gently curved form at the eastern edge of the campus embraces the gardens and maximizes panoramic views. As the heart of the project, the Commons creates a cohesive, organized campus that provides training facilities, meeting spaces, dining, and terraces overlooking the enhanced gardens. Nestled in the historic 1914 headquarters, a skylit atrium knits together the old with the new. The three-acre gardens and pedestrian-oriented streetscapes have reinvigorated the lakefront district’s urban vitality. The project was previously recognized with a 2019 Green GOOD DESIGN award from by The Chicago Athenaeum: Museum of Architecture and Design and the European Centre for Architecture Art Design and Urban Studies, an Award of Excellence from USGBC Wisconsin, an Honor Award from the AIA CT Business Architecture Awards, and a Merit Award from AIA Wisconsin.

Pickard Chilton principal Anthony Markese FAIA added, “The design of ATCO was influenced by the landscape and nature surrounding the campus, drawing from prairie grasses, the silhouette of the nearby Rocky Mountains and flowing lines of a prairie stream. Floor-to-ceiling windows maximize views and allow daylight to stream throughout the campus.”

In Calgary, Alberta, a dynamic composition of two four-story office buildings serves as the 434,000-square-foot headquarters for ATCO. The buildings surround a leaf-shaped quad and are interconnected by a multi-purpose Commons which serves as the heart of the campus. Enclosed conference and amenity pods dispersed throughout the Commons evoke the modular mobile offices designed and built by ATCO themselves. The LEED NC-Gold buildings are sited to provide day-lit panoramic views as well as for advantageous solar orientation. The Commons is composed of glulam wood columns and beams with a CLT deck. Tall, vertical wood fins and deep roof eaves are tuned to maximize views while optimizing natural light. The project was recently recognized with the Prairie Wood Design Awards’ Industry Award for Top Project and a 2019 Green GOOD DESIGN award from The Chicago Athenaeum: Museum of Architecture and Design and the European Centre for Architecture Art Design and Urban Studies. 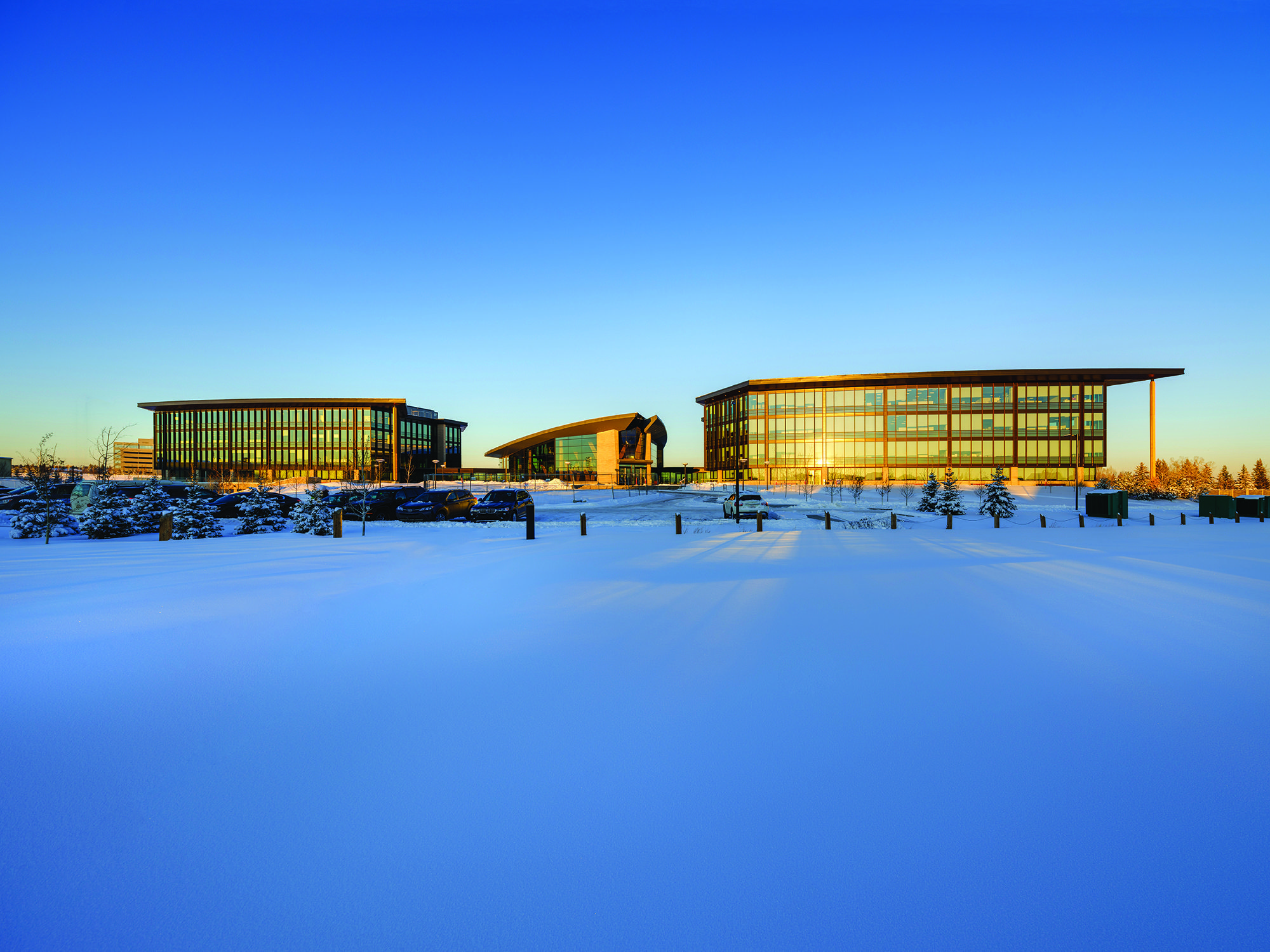