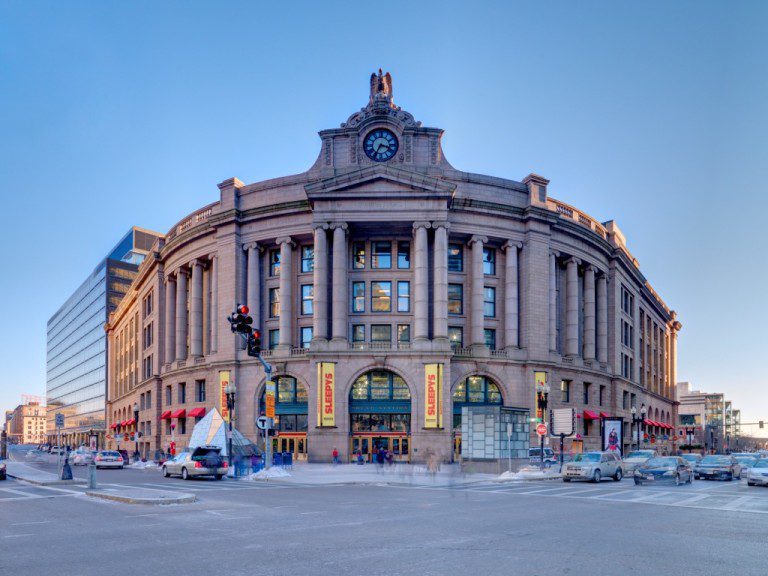 Work being funded by this grant will include replacing the existing signal system, upgrading switches, track, and power systems, addressing settling that has occurred at switch points, and improving resiliency. The full cost of the Tower 1 project is currently estimated to be approximately $82 million, and the remaining funding will be covered by the MBTA and Amtrak.

“The Baker-Polito Administration is continuing to accelerate investments in our infrastructure, and this federal grant will allow us to carry out work that will increase reliability for the tens of thousands of passengers who utilize South Station every day,” said Transportation Secretary and CEO Stephanie Pollack. “Modernizing and improving Tower 1 will complement the future expansion of South Station, and we thank the U.S. Department of Transportation for awarding us this grant and the Congressional delegation whose members supported our application.”

“This grant allows us to improve core infrastructure, especially in an area critical to passenger rail operations,” said MBTA General Manager Steve Poftak. “I want to thank MassDOT, Amtrak, and the FRA for their partnership in this effort, which will lead to service improvements for the thousands of customers across the entire Commuter Rail network’s South Side.”

“We’re proud to work with our partners at MassDOT and the MBTA, who share the same commitment to investment in infrastructure and the customer experience as we do,” said Tom Moritz, Amtrak AVP Infrastructure Access and Investment. “We thank the Federal Department of Transportation for helping to move this project forward that will improve and modernize train travel in Massachusetts.”

MassDOT has been designing an expanded South Station and this grant will help fund the first step towards future improvements. Upgrades to the Tower 1 Interlocking are currently in the design stage and are necessary to ensure the reliability of current service and support future growth anticipated by both the MBTA and Amtrak.

“This federal investment to modernize South Station’s rail infrastructure is wonderful news for Massachusetts residents, visitors, commuters, and workers, and will spur economic activity across the entire region,” said Senator Elizabeth Warren. “Securing federal funding for our public transit system has been a top priority of mine since I first came to Washington, and I’m glad to have partnered with my colleagues to help deliver for this critical project.”

“South Station is an essential hub for transportation in Massachusetts and along the North East Corridor. With this grant, the Massachusetts Department of Transportation can begin to make critical improvements to South Station that will enhance the reliability and efficiency of travel for passengers on both Amtrak and the MBTA,” said Senator Edward J. Markey. “The federal investment will benefit Boston, surrounding communities, and the North East region as a whole. I am proud to have worked with my colleagues in the Massachusetts congressional delegation to secure this new funding.”

Tower 1 Interlocking, located within the right of way south of the South Station Terminal area, is a critical piece of railroad infrastructure providing operational flexibility for both MBTA and Amtrak trains converging on South Station. The existing Tower 1 signal system is outdated and hinders service. Due to the volume of trains moving through the Tower 1 Interlocking, a 5-minute shutdown in service during peak periods can create residual delays that affect thousands of passengers daily.

“As Boston continues to grow, it is imperative we update our essential infrastructure to ensure the safety and efficiency of all public transportation,” said Representative Stephen F. Lynch. “South Station services over 75,000 passengers daily on the MBTA and Commuter Rail and this critical grant will allow the hub to make necessary improvements that will benefit the entire New England region.”

“Investing in South Station isn’t just about modernizing our Commonwealth’s outdated infrastructure and public transportation, it’s about making good on a promise of regional equity that we too often fail to live up to,” said Representative Joseph P. Kennedy III. “With projects like South Coast Rail moving forward in the years ahead, this grant funding and the South Station Tower will strengthen economies throughout the region for generations to come.”

“Investing in our public transportation system is central to improving the quality of life for Massachusetts residents as well as tackling climate change,” said Representative Katherine Clark. “With the support of this $41 million grant, we will be able to make significant updates to South Station and its connected transportation arteries, helping us to advance both of these goals. As a member of the Appropriations Committee, fully funding this grant has been a priority of mine and I’m thrilled that Massachusetts families and businesses will directly benefit from these resources.”

“With increasing congestion and traffic on our roadways, it’s imperative that we invest in our public transportation systems, especially our railways and station,” said Representative Lori Trahan. “These critical upgrades and improvements at South Station will create greater flexibility and reliability in train service which will hopefully entice more people to leave their cars at home. These types of commuting options are not only better for our environment, but they are key to a stronger economy and a happier quality of life of those who live and work here.”

The Baker-Polito Administration is continuing to increase investments in the Commonwealth’s transportation infrastructure. Governor Baker recently filed a transportation bond bill seeking $18 billion in additional capital authorization to invest in building and modernizing a transportation system that meets the needs of residents, businesses and cities and towns statewide. The authorization would be used to fund existing programs as well as several new initiatives designed to increase resiliency and reliability.