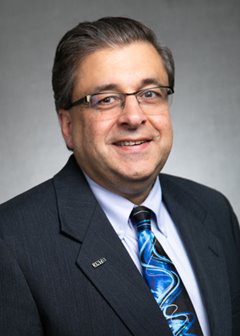 With more than 33 years of experience with the Port Authority of New York and New Jersey, Pagliettini most recently served as assistant director for major capital programs. In that role, he was responsible for general management of many critical infrastructure projects, including the $13 billion Gateway Hudson Tunnel program, the $8-$10 billion Port Authority Bus Terminal redevelopment, and the $1.7 billion PATH to Newark Airport extension, among others. Pagliettini also previously served as assistant director for the World Trade Center HUB where he managed the $6 billion reconstruction of the World Trade Center transit terminal facility.

“Mark is a versatile leader with a strong record of managing some of the most vital airport, rail and ground transportation infrastructure programs in the Northeast. He is highly regarded by colleagues at transportation agencies in this region, and a valued addition to our firm,” said Stephen Dilts, HNTB’s New York office leader and senior vice president.

A registered professional engineer in New York, Pagliettini holds master’s and bachelor’s degrees in civil engineering from Manhattan College, and he is a member of the American Society of Civil Engineers.

HNTB plays an integral role in many of the region’s most important infrastructure programs, including construction manager for renewal and rehabilitation of multiple station facilities for New York City Transit; program manager for New Jersey Transit’s implementation of Positive Train Control technology; owner’s engineer for the New NY (Tappan Zee) Bridge; lead structural designer of the Kosciuszko Bridge; technical consultant for the Goethals Bridge replacement project; and the general engineering consultant for the New Jersey Turnpike Authority, among others.