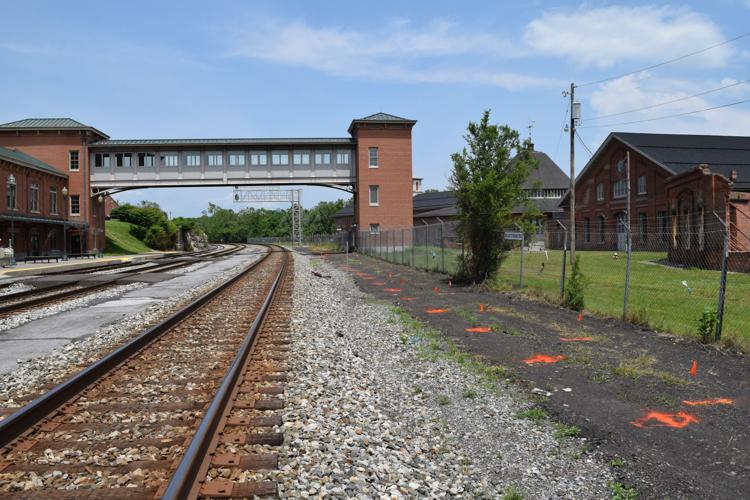 MARTINSBURG, W.Va. — A $2 million project by Amtrak to improve access for disabled passengers at the Caperton Train Station in Martinsburg is scheduled to be completed by spring 2020, officials with the passenger-train service provider said Friday.

The work includes a new platform, upgrades to paths of travel to access the platform, new directional signage, and the replacement of curbs and sidewalks to access the station.

Interior work in the city-owned train station and pedestrian bridge includes alterations to the existing elevator, handrails and doors.

Kimberly Woods, a spokeswoman for Amtrak, said the project began in the fall and is part of an overall goal of working to upgrade all stations within the company’s network to meet Americans with Disabilities Act legislation.

“In support of Amtrak’s overarching goals, Amtrak is making our stations accessible to ensure all customers have full access to the station, parking, platforms and any amenities,” Woods wrote in an email. “The improvements help all customers, including passengers with disabilities, or who use a wheeled mobility device, seniors and those traveling with luggage and strollers.”

The project is funded, in part, by an annual grant from the Federal Railroad Administration. The $2 million project cost is an estimate, Woods wrote.

The Martinsburg Planning Commission approved a site plan for the project in April 2018, and Amtrak’s plans also were reviewed by the city’s Historic Preservation Review Commission and the Berkeley County (W.Va.) Roundhouse Authority.

In exchange for granting Amtrak an easement, the roundhouse authority obtained a commitment that the project would include new fencing and gates for the historic Baltimore and Ohio Railroad shop buildings next to the boarding-platform project site.

Roundhouse authority Chairman H.D. Boyd said Friday that the new black fencing will be “a great face-lift” to accompany the restrooms and other improvements designed for one of the shop buildings.

Boyd said state transportation officials have advised that the proposed building improvements are expected to be advertised to contractors in the next few weeks.

“We are finally starting to see the place come to life,” he said.

The railroad heritage site is along Tuscarora Creek and a couple of blocks from Martinsburg’s historic downtown business district.

Created in 1999 by an act of the West Virginia Legislature, the roundhouse authority is charged with preserving and redeveloping the property.

The Berkeley County Commission, now known at the Berkeley County Council, bought the 12.9-acre site from CSX Transportation Inc. for $150,000 in February 1999, and the county transferred ownership of the property to the roundhouse authority in May 2000.

CSX, the current owner of the B&O complex, closed the Martinsburg shops in 1985, more than 140 years after the railroad company arrived in Martinsburg, according to historic accounts.

Built after the Civil War, the railroad shop buildings replaced similar facilities destroyed during the conflict.

The railroad site was designated a National Historic Landmark in July 2003, and a cast-iron, framed roundhouse that remains is the sole surviving structure of its kind, according to the American Society of Civil Engineers.

Martinsburg and Harpers Ferry, W.Va., are the only stops in West Virginia for Amtrak’s Capitol Limited trains, which run daily between Chicago and Washington, D.C.

Amtrak, formerly known as the National Railroad Passenger Corp., was established by Congress in 1970 to take over certain passenger operations from railroads that sought to drop the service.