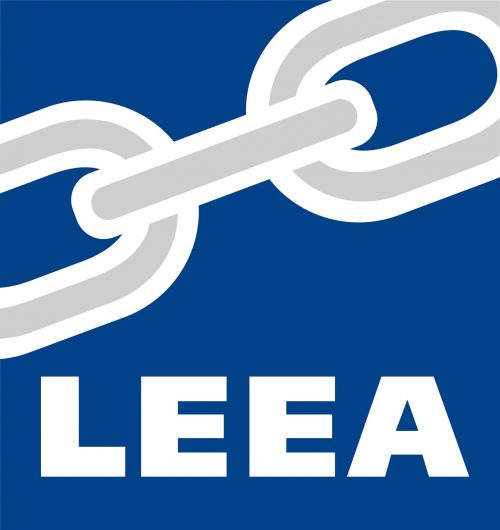 The Lifting Equipment Engineers Association (LEEA) is celebrating its 75 years since its first meeting, held on 3 June 1944, when nine people representing eight chain testing houses met at the Great Eastern Hotel, near Liverpool Street Station in London. It was at this meeting that the idea to form an association to take on the might of government was conceived. The name they chose was ‘The London Chain Testers Association’, which would eventually go on change its name to the Lifting Equipment Engineers Association in 1988.

More than just celebrating the association’s proud history, LEEA sees this 75-year milestone as an opportunity to look forward with confidence other the next 75 years.

A programme of celebratory highlights will include a Parliamentary Reception event taking place in July. On 10 September members will be invited to visit the facilities and team at Huntingdon and to meet the Board and we will also throw open our doors and create an opportunity for visitors to see the facilities, network with each other and discuss ideas. A commemorative issue of LEEA’s newsletter, The Lifting Engineer, will be handed out at LiftEx 2019.
In addition to commemorating its past, 2019 will also be record year for LEEA in terms of delivering daily business. A revised and more impactful auditing process will be announced soon. There will be more training, new trainers will be recruited, and LEEA’s recently launched technical triage system will have delivered 1000 bits of info within 48 hours.

Most importantly, the anniversary gives the association a launch pad into the future, as Ross Moloney, CEO of LEEA, explains:

“We owe it to the legacy of those innovators who set up The London Chain Testers Association during the Second World War, to think about what we are going to do that celebrate the efforts they, and those who followed in their footsteps, have put in. So to celebrate 75 years of LEEA we have a vision of where we want the association to go in next 75 years. This starts by taking definitive action now to ensure we have the talent that our industry needs throughout the 21st century. This comprises three important new projects that we intend to become business as usual as we move forward: the Think Lifting school engagement programme; the new apprenticeship standard providing the pathway into our sector; and the 75–75 military work placement scheme.”

Ross Moloney concluded: “These projects are all initially being rolled out in the UK and are expected to be introduced internationally in 2020. We believe they are in keeping with the intentions of LEEA’s founders but, vitally, are also very relevant to current members and, most importantly, are measures that we think will go on to have a long lasting legacy.”

For further details on these schemes please contact: [email protected]

The Lifting Equipment Engineers Association (LEEA) is established across the globe as the leading representative body for all those involved in the lifting industry worldwide.

It is the respected and authoritative representative body for its members who work in every aspect of the industry, from design, manufacture, refurbishment and repair, through to the hire, maintenance and use of lifting equipment.

The Association has played a key role in this specialised field for over 70 years, from training and standards setting through to health and safety, the provision of technical and legal advice, and the development of examination and licensing systems.

LEEA represents its members at the highest levels across a range of both public and private bodies, including various government departments, as well as nationally and internationally recognised professional and technical institutions. www.leeaint.com @LEEA_INT