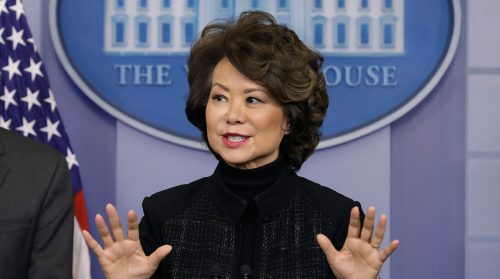 The Better Utilizing Investments to Leverage Development, or BUILD, grants received $900 million in the congressional funding deal President Donald Trump signed into law Feb. 15. The law’s enactment funded the U.S. Department of Transportation and other agencies to avert another partial shutdown of the federal government.

The current congressional appropriation for the BUILD grants is $600 million less than the fiscal 2018 enacted level. The Trump White House had proposed eliminating funding for the grants, a move most House Republican leaders endorsed last year.

Under the new law, the BUILD grants’ allocation will be required to be split evenly between urban and rural regions. Negotiators of the funding deal touted many provisions, such as its focus on infrastructure. 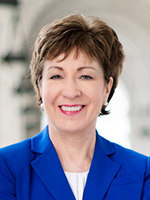 “At its core, much in this bill is about creating jobs and security for our fellow Americans … If the infrastructure is crumbling, it is very difficult for a business to hire the employees that produce goods and to get those products to markets,” said Sen. Susan Collins (R-Maine), the chamber’s top transportation funding leader. She noted her home state has received more than $160 million from the program since its inception in 2009. 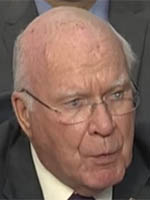 The last round of BUILD recipients were announced in December. Transportation Secretary Elaine Chao indicated 69% of the funding targeted road projects, a record for the program. The Wyoming Department of Transportation, for instance, received $20 million for the construction of about 5½ miles of passing lanes, as well as two truck parking areas along Interstate 80 in the southeastern part of the state.

Another agency, the Minnesota Department of Transportation, was awarded $20 million for the reconfiguration and replacement of bridges that are part of the interchange linking interstates 35, 535 and U.S. Route 53, known colloquially as the “Can of Worms.” The interchange links to bridges stretching to Superior, Wis., and abuts the Port of Duluth-Superior.

Chao, who oversaw the program’s name change from TIGER, has described the grants as “major investments in road, rail, transit and port projects that serve as a down payment on this administration’s commitment to America’s infrastructure.”

Projects with a focus on congestion relief, freight and transit connectivity, safety promotion, and economic enhancement were given preference by program managers. Congress has appropriated nearly $7.1 billion for the grants since the program’s inception. 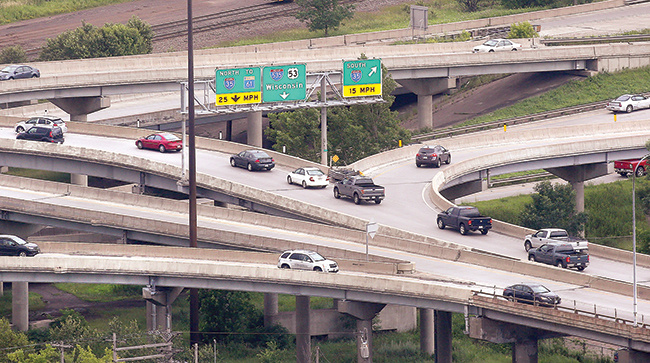 Traffic flows through the “Can of Worms”. (Duluth News Tribune)

Amid pushback from the Trump administration, many governors and mayors strongly defended the grants. The elected officials cited the impact the grants have in helping to advance large-scale projects, such as port improvements and bridge rehabilitations.

In recent years, more than half of the states voted to approve increases in their fuel taxes to raise additional funding for big-ticket projects, such as tunnels, bridges and highway repairs. State officials cited the federal government’s inaction to provide long-term funding assistance for highway and transit projects.

The American Society of Civil Engineers in 2017 issued the country’s overall infrastructure a “D+” grade. The American Road and Transportation Builders Association concluded in its most recent annual analysis that more than 54,000 bridges nationwide are structurally deficient, meaning they require certain degrees of maintenance.