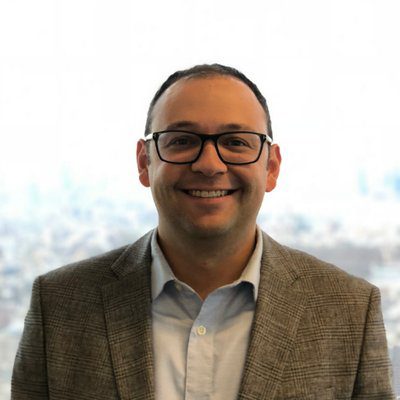 NEW YORK – Suffolk, one of the most innovative and successful privately held building contractors in the country, announced it has hired Nick Dhimitri as National Vice President of External Affairs. Nick will work out of Suffolk’s New York office at One Penn in Manhattan and will be responsible for building Suffolk’s national external affairs operation and expanding the company’s presence in New York and throughout the country.

“The construction business is all about building trust and relationships with clients, partners and communities,” said John Fish, Chairman and CEO, Suffolk. “I am thrilled Nick has joined our team and confident he will make an enormous contribution to Suffolk’s growth by leveraging his knowledge, experience and passion for strengthening relationships and building communities. I look forward to working with him as we expand our brand and deliver our ‘build smart’ promise in new markets and sectors.”

Prior to his new role at Suffolk, Nick worked as the Director of Economic Development and as a Legislative Assistant to United States Senate Democratic Leader Senator Charles E. Schumer. During his time with Senator Schumer, Nick was a critical advisor to the Senator on a wide range of policy matters including transportation, infrastructure, and economic development. While working on infrastructure policy for Senator Schumer, Nick served as one of the lead negotiators of several major pieces of federal legislation, including highway and transit funding bills and FAA reauthorization legislation. In addition, Nick helped to spearhead the Senator’s efforts on major projects throughout the New York region, including the Gateway project, the rehabilitation of the East River Tunnels, and the continued upgrades at New York’s regional airports.

“As my director of economic development Nick Dhimitri helped push forward vital infrastructure efforts like the vital Gateway Tunnel project and spearheaded efforts from one side of New York to the other to attract new jobs and retain the ones we have. As my transportation staffer he led the charge to help pass new highway, transit and aviation funding legislation that significantly increased federal investment in those areas. He is smart, tenacious and he knows how to bring the right people together to reach consensus, and ultimately achieve a common goal,” said US Senate Democratic Leader Charles E. Schumer.

In addition to his work with Senator Schumer, Nick also has extensive experience in state and local government, including work in the New York State Senate. Nick attended the State University of New York at Fredonia, and grew up in Ithaca, New York.

About Suffolk
Suffolk’s vision is to “transform the construction experience by building smart.” Because we believe if there’s a better way, we’ll find it. We’re always challenging the industry status quo and pushing the boundaries of what is possible. We believe in the power of innovation and people, and we empower our teams to think differently, work collaboratively and executive flawlessly on the most complex and sophisticated projects in the country. Our strong culture of innovation, combined with the most advanced tools such as virtual design and construction (VDC), virtual reality technologies and lean construction principles, is revolutionizing our industry and redefining what it means to be a builder.

Suffolk is a community-conscious organization dedicated to environmentally friendly and sustainable business practices and is committed to making a positive impact in its local communities through grassroots volunteer work, employee fundraising and corporate giving. For more information, visit www.suffolk.com and/or follow Suffolk on Facebook, Twitter, LinkedIn, Flickr, YouTube, Instagram and our Build Smart Blog.

At @autodesku , the learning never stops. Join the conversation and take your career to the next level.… https://t.co/vBnfjTQkRX
17 hours ago
@BentleySystems Issues Call for Nominations for the Year in Infrastructure 2020 Awards Program https://t.co/YUJ7GcJwTs #YII2020
18 hours ago
@awwa Meet the Water operators at the Annual Conference & Exposition (ACE) & be sure to express your gratitude for… https://t.co/zfSRFxUA8i
6 days ago
@Wipro Wipro and @SmartEnergyW (SEW) form global strategic alliance to accelerate #DigitalTransformation for enterp… https://t.co/UPeRBLc4Wa
2 weeks ago
DFI Educational Trust and @terraconlife Foundation Announce a New Scholarship Fund https://t.co/t18FBN7Kd9
2 weeks ago
@Transoft Solutions Acquires Canadian-based @BriskSynergies https://t.co/hceegJKx4q
3 weeks ago
Video: Interview with CEOs of @BentleySystems and Topcon Positioning Systems @topcon_today https://t.co/38rRQNbNcO
3 weeks ago
New @ASCETweets Publication Explores Engineering Designs for Precipitation Extremes https://t.co/2OX0kg9cOg
3 weeks ago
@HNTBCorp Americans pay an average of less than $25 a month to maintain the roadways and bridges essential to mob… https://t.co/T6mrVfdibT
4 weeks ago
Sdiptech lists: Trends – and challenges for the #infrastructure sector 2020 https://t.co/4cuswAcecV
1 month ago