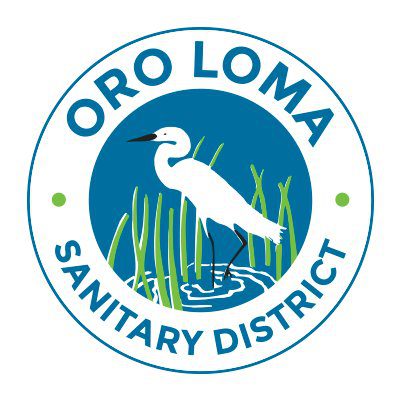 SAN LORENZO, Calif. – At its October 2, 2018 public meeting, the Oro Loma Sanitary District Board voted to appoint Robert H. Glaze to fill the Board vacancy generated by the retirement of Director Roland J. Dias. Glaze, a longtime San Leandro resident and Marina High School and Chabot College graduate, worked for the City of Oakland for 40 years, retiring as Chief Information Officer in the Department of Information Technology. He has been active in local politics for many years, having served on the San Leandro City Council for over 15 years, including seven years as Vice Mayor.

Glaze brings an impressive list of qualifications, including a long association with Scouting (he has been an Eagle Scout since 1969), and memberships in the Washington Manor Homes Association, Washington Manor Lion’s Club and the Optimist Club, and service on many county boards, committees and commissions. He has been an Alameda County Fire Commissioner for almost 20 years.

“I think the Oro Loma Board is well-run and one of the best Boards around,” Glaze commented. “I’ve been interested in joining the Board since 1992.” When asked why he didn’t run for one of the three seats coming up in the November election, he replied that he didn’t want to “take the place of someone who is doing a really good job.”

“We are excited to continue our tradition as a strong, effective Board of Directors,” added Oro Loma Board President Sheila Young. “Bob Glaze is a great addition and was selected based on his professional and public service experience, as well as his track record of collaborative service within the community. His strength in finance, information technology, and Board governance will help the District continue its culture as a high performing public agency.”

A total of four candidates applied for the position, including San Leandro residents Brian Capurro and Fred Simon, and Hayward resident and former Oro Loma employee Angelino Santos. Mr. Glaze took the oath of office and assumed his new responsibilities at the meeting.  His term in office will expire December 2020.