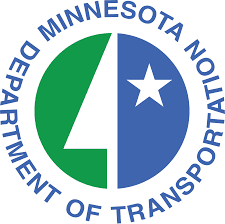 As a part of MnDOT’s Safe Routes to School program, these $108,000 in grants award communities a trailer, bicycles and supplies that enable teachers, after school programs, and other community groups to share the bicycles while teaching critical safety skills to youth in Minnesota.

“The bicycle fleet grants and pedestrian and bicycle safety education are key components that ensure youth in Minnesota are given the lifelong skills to walk and bicycle safely,” said Dave Cowan, Safe Routes to School coordinator.

He said since 1960, the rate of youth bicycling and walking to school has decreased from 48 percent to 17 percent, something Safe Routes to School programming and funding opportunities aim to reverse.

“The bike fleet will provide equitable access to a well-maintained fleet of bicycles and teach thousands of Central Minnesota youth every year how to safely walk and bike to school,” said Kathy Geislinger, program manager at Feeling Good Minnesota. “Safe Routes to School promotes physical activity and can increase walking and biking to and from school, ultimately leading to improved health for children and adolescents.”

Since 2005, MnDOT has awarded approximately $30 million yearly in federal and state funds to communities to support Safe Routes to School. The majority of funding is for infrastructure projects.

The Safe Routes to School report is available at www.mndot.gov/govrel/reports/2017/srts-report.pdf.

More information is available at www.mndot.gov/saferoutes.