/ Featured / Water Tariffs Will Need to Rise by 5.9% a Year to Achieve the Sustainable Development Goals, New GWI Report Finds

Water Tariffs Will Need to Rise by 5.9% a Year to Achieve the Sustainable Development Goals, New GWI Report Finds 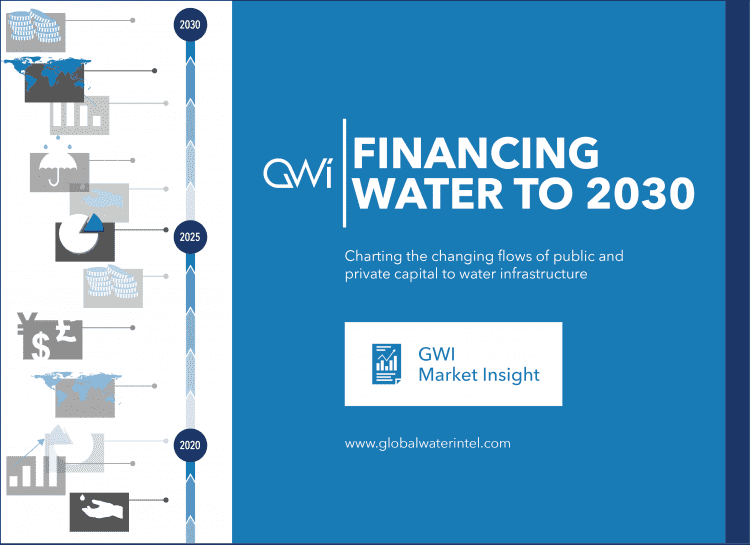 Oxford, UK – A new market report published by GWI has found that water tariffs will need to increase by 5.9% each year in order to generate the $449 billion of annual investment required to achieve the Sustainable Development Goal on water and sanitation by 2030, and maintain existing infrastructure. The report comes at a time when the funding model for water infrastructure is evolving to incorporate more private and commercial finance sources, in the face of ageing infrastructure, population growth and climate change.

$449 billion of investment in water infrastructure will be needed each year between 2018 and 2030 to achieve Sustainable Development Goal 6 on water and sanitation, and maintain existing infrastructure, a new report has found.

The report, entitled Financing Water to 2030 and published by Global Water Intelligence (GWI), argues that in order to achieve these targets whilst reducing utility dependence on grant finance, tariffs around the world will need to increase substantially, rising at a compound annual growth rate of 5.9% and taking the global average combined tariff from $2.08 /m3 to $4.38 /m3 in 2030.

In Southern Asia, where average combined water and wastewater tariffs are just $0.14/m3 compared to a global average of $2.08 /m3, this means that tariffs would need to rise by 15.2% annually in order to meet the investment required by 2030 for SDG6.

Christopher Gasson, publisher at GWI and co-author of the report commented, “we are at an inflection point in the way water is financed. For the past two decades there hasn’t been much change in the way utility assets are paid for. Going forward, there will be. We will see the utility sector steadily building its financial independence and the corollary of all this is that tariffs will have to rise.”

The report findings come at a time where private finance in water infrastructure has returned to the political agenda, as governments across the world look to move more responsibility to utilities themselves. As well as meeting SDG 6, utilities will need to mitigate the effects of ageing infrastructure, industrial pollution, growing urban populations, and the more extreme flooding and droughts brought by climate change, and will need to access more finance sources to meet these challenges.

GWI forecasts that the amount of global private finance used to fund water infrastructure will increase from $3 billion during 2013 / 2017 to $35 billion a year in the next 12 years, providing 7.7% of global infrastructure investment needs by 2030.

Within the same time frame, funding for water infrastructure by central government grants and international transfers is expected to fall from 31% to 18% of annual investment needs, according to the report. GWI notes that the key driver of this trend is governments moving away from financing water projects on their own balance sheets and through grants to utilities, and towards providing more loans and encouraging public-private partnerships.

In the USA for instance, the Trump administration’s $1.5 trillion infrastructure investment plan brings with it only $200 million of federal finance. Financing Water to 2030 explains that the rest is expected to come from the private sector.

In Saudi Arabia meanwhile, the government is contemplating the largest water privatisation programme since the UK government sold off its water assets in 1989. The report also details how the governments of countries such as Japan, Brazil, Peru, Indonesia, and Vietnam have recently announced major plans and new legislation for bringing private finance into their water infrastructure.

The report also examines how the trend towards mobilising more private finance for water infrastructure is also being driven by development finance institutions (DFIs), pointing to the “blended finance” strategies at major DFIs like the World Bank.

This increasingly involves developing structured financial products designed to attract commercial finance for more credit-worthy clients, while directing more concessionary resources to places and projects for which they are critical. Though blended finance has been growing as a concept for several years, the US government’s denial of a capital increase for the World Bank has given the strategy added impetus and visibility.

GWI also found that utility consolidation and government reforms aimed at improving the bankability of projects will be crucial in order to attract the infrastructure finance that utilities need to achieve the SDG on water and sanitation. The report examines several political developments as part of this trend.

In Japan, recent legal reforms to support and incentivise the consolidation of its 2,800 small-scale water and wastewater utilities have been introduced. The USA has also seen growing discussions on utility consolidation with many of the country’s small utilities struggling to maintain their infrastructure. The report explains that the elimination of $509 million in grants for small rural utilities by the federal government will likely make the discussion even more relevant.

GWI will next host The Global Water Summit 2018 in Paris on 15-16th April 2018. The summit’s 2018 agenda will feature a pre-conference workshop on the privatisation of Saudi Arabia’s water sector, along with expert-led sessions and roundtables on PPP opportunities in emerging markets and utility bankability, and sessions on blended finance run in partnership with the World Bank.

Find out more about Financing Water to 2030 here:
www.globalwaterintel.com/market-intelligence-reports/Financing-Water-to-2030

Find out more about The Global Water Summit 2018 here:
www.watermeetsmoney.com

Financing Water to 2030 is GWI’s new digital market report, providing you with a detailed understanding of how capital flows in the water sector will change in the next 10 years, and where the finance sources & private sector opportunities for water are now. The digital report examines how much investment is needed to achieve the Sustainable Development Goals for water and sanitation, and the potential sources of this investment. It analyses the financial models, organisations, and risks at play in infrastructure finance allowing you to find the most viable markets and investment strategies for your organisation, as the world acts to harness the potential of private finance in water.

Global Water Intelligence (GWI) researches and publishes business data and information about the water markets worldwide. Based in Oxford, UK it also has offices in Singapore and USA (Austin, Texas) and has researchers and office staff in many other countries. It publishes three subscription titles and a free weekly GWI Briefing email and around four individual reports per year on particular water sectors/geographic regions. It also organises two major financial conferences for the water industry each year: the American Water Summit in Autumn and the Global Water Summit in Spring. GWI was awarded the Queen’s Award for Enterprise in 2011.

Global Water Intelligence (GWI) researches and publishes business data and information about the water markets worldwide. Based in Oxford, UK it also has offices in Singapore and USA (Austin, Texas) and has researchers and office staff in many other countries. It publishes three subscription titles and a free weekly GWI Briefing email (http://www.globalwaterintel.com/accounts/mailinglist/) and around four individual reports per year on particular water sectors/geographic regions. It also organises two major financial conferences for the water industry each year: the American Water Summit in Autumn and the Global Water Summit in Spring. GWI was awarded the Queen’s Award for Enterprise in 2011.