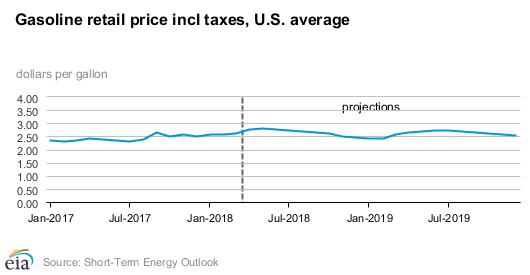 Dr. Linda Capuano, Administrator of the U.S. Energy Information Administration, issued the following comments on EIA’s April 2018 Short-Term Energy Outlook and the 2018 Summer Fuels Outlook, which was released on Tuesday: