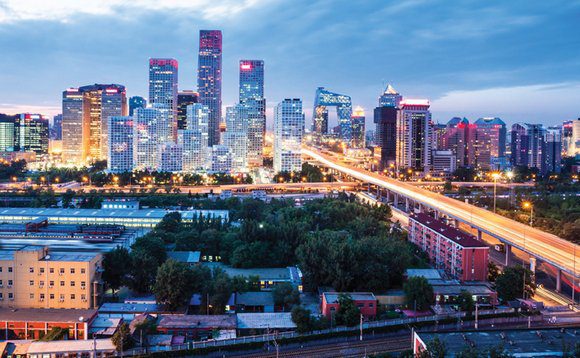 This partnership is hugely significant as China is the largest building construction market[1] in the world, with up to 2 billion square meters constructed annually, accounting for nearly half of new construction globally in the coming decade.

China is currently the world’s largest emitter of greenhouse gas emissions, accounting for around 30 per cent of global emissions[3].  The Chinese government has shown serious commitment to tackling climate change through its signing of the Paris Agreement

Terri Wills, CEO of the World Green Building Council, said: “The significance of bringing China into the global green building movement cannot be underestimated. Just as China has sought to assert its commitment to combating climate change on the global stage, this partnership marks a new era in cooperation between the world’s largest green construction market and our community of Green Building Councils in over 70 countries. We look forward to learning from their expertise and experience as we seek to create green buildings for everyone, everywhere.”

China GBC will cooperate with national Green Building Councils to leverage global practices and join WorldGBC’s movement in promoting the global uptake of green buildings. Under the partnership, China GBC has committed to introducing a nearly net zero standard for its Three Star rating system in 2018 as part of WorldGBC’s Advancing Net Zero project, and will collaborate with other GBCs from around the world in implementation.

Amid issues with urban air pollution, China GBC is committed to the positive impacts that green buildings can have on health and wellbeing, with indoor air quality a key driver for this. As part of this, China GBC will work with WorldGBC in its Better Places for People project, which seeks to increase the number of buildings which are not only good for the environment, but good for the people who occupy them.

Dr Qiu Baoxing, former Vice Minister, Ministry of Housing and Urban-Rural Development said: “With the partnership between WorldGBC and ChinaGBC, we are confident that China will be able to make even bigger progress in our commitments to climate action at the global stage.”

Professor Wang Youwei, Chairman, China GBC said: “We are strongly committed to healthy and low-carbon developments in China and in this respect, we are delighted to become a partner to the World Green Building Council.  This partnership will enable China to learn from global best practices, share the progress we have made in China.”

China GBC is part of the Chinese Society for Urban Studies, a non-profit organisation formed by urban researchers, scholars and practitioners, governmental agencies in the fields of social, economic, cultural, environmental, planning and construction, and research and educational institutions.

China GBC’s Three Star rating tool has certified the largest amount of green building space in the world – in 2015 a total area of 460 million square meters was certified, according the China GBC figures.

China is one of nearly 90 countries to have included the building sector in its “Nationally Determined Contribution (NDC)” which it submitted ahead of the COP21 climate change conference in Paris in 2015. In this, it committed to a range of building sector actions, from enhancing low-carbon urbanisation and improving building energy efficiency, to promoting the reuse of building waste. It also aims to increase the share of new green buildings in urban areas to 50 per cent by 2020.

A report from Dodge Data and Analytics showed that China is expected to have the second highest level of growth in green building activity over the next three years (behind Brazil). It is anticipating more than five-fold growth, with over a quarter (28%) of all firms surveyed expecting that the majority of their projects will be green by 2018.

About the World Green Building Council

The goal is to help reduce the building and construction sector’s CO2 emissions by 84 gigatonnes and ensure all buildings have net zero emissions by 2050.

We believe green buildings can and must be at the centre of our lives. Our changing climate means we must reshape the way we grow and build, enabling people to thrive both today and tomorrow.

We take action – championing local and global leadership, and empowering our community to drive change. Together, we are greater than the sum of our parts, and commit to green buildings for everyone, everywhere.