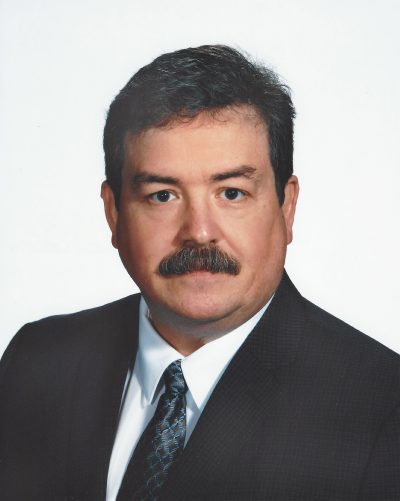 Lester’s current projects at Urbahn include the $262 million New York City Juvenile Justice Facilities Redevelopment Master Plan that encompasses phased renovations and expansions of four existing facilities in the Bronx. The Master Plan includes the extensions of the Horizon Specialized Secure Detention Center by 46% to 142,335 square feet and of the Crossroads Juvenile Justice Center by 42% to 135,617 square feet. In addition, the program also involves expansions of two juvenile intake and assessment centers. Lester also spearheads the planning for the replacement of the Camp Street Prison Complex in Georgetown, Guyana.

Lester’s 26-year career encompasses more than $1.2 billion worth of security, detention, correctional, and criminal justice facilities throughout the United States and overseas, totaling more than 3.2 million square feet. His portfolio features completed projects that contain in excess of 9,270 inmate beds.

Prior to joining Urbahn, Lester worked in senior design and planning positions at Dewberry, DMJM H&N/AECOM, HSMM/AECOM, and SFS Architects. He expects to earn a PhD in Sociotechnical Systems from Stevens Institute of Technology in 2018, and holds a graduate certificate in Sustainable Engineering from Stevens. Lester also holds a MAIS degree in Criminal Justice from Western New Mexico University and Bachelor of Architecture and Bachelor of Arts in Psychology degrees, both from the University of Kansas. Lester currently serves as an Adjunct Professor in the Construction Management program at Stevens Institute of Technology’s Schaefer School of Engineering.

Among his most prominent projects are the $340 million Long Beach Courthouse in Long Beach, California, the only vertical construction Performance Based Infrastructure project completed in the United States; the $1.8 billion Los Angeles County Jail System Master Plan and Consolidated Correctional Treatment Facility; the master plan for the 7,584-bed, 100-acre James A. Musick campus in Irvine, California, which is the largest planned jail facility in the United States; and the lowest incident jail for sexual abuse and harassment in the U.S. (source: USDOJ/BJS): the 33,000-square foot, 398-bed, Hinds County Penal Farm Replacement in Raymond, Mississippi. He also provided pro bono services for a “Rapidly Deployable Post-Conflict Prison” concept in concert with the International Corrections and Prisons Association for the United Nations Department of Peacekeeping Operations.

Further, Lester frequently lectures and publishes on topics related to urban development, disaster preparedness, design and engineering, and sustainable design. Most recently, he presented and co-authored “Framework for a Successful Engineered Response to Rapid Urbanization in the Developing World” at the fourth-annual International Conference on Architecture and Civil Engineering in Singapore. Lester also presented “Redefining the Role of the Designer in the Development of Sustainable Urban Futures” at the Global Cleaner Production and Sustainable Consumption Conference in Barcelona, Spain. His recent publications include a chapter in The Routledge Companion for Architecture Design and Practice: Established and Emerging Trends and an article in American Jails on “An Evolving View of ‘Sustainable Justice’.”

Urbahn Architects is a full-service planning and design firm based in New York City. Since its founding in 1945, Urbahn has designed projects for organizations and institutions that operate in the residential, healthcare, education, justice, science, transportation, and infrastructure sectors. The firm served as the architect for some of the nation’s most iconic structures, including the Vehicle Assembly Building and Launch Control at Kennedy Space Center in Cape Canaveral, FL – one of the largest buildings on Earth by volume at 130 million cubic feet – and the Fermi National Accelerator Lab in Batavia, IL. Urbahn’s annual domestic and international project workload exceeds $500 million in construction value.