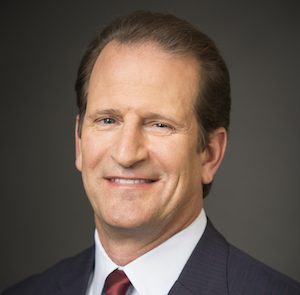 There is widespread consensus that America’s infrastructure needs help. It ranks 11th in the world, and the American Society of Civil Engineers has repeatedly graded it a D+.

As noted in the National Association of Manufacturers (NAM) “Building to Win” infrastructure plan, “Without immediate action on the infrastructure crisis, the United States will lose more than 2.5 million jobs by 2025 and more than 5.8 million by 2040.” We have a big job ahead of us; the estimated funding needs exceed $1 trillion. So how do we pay for it?

Everyone has a role to play—the federal government, states and localities. But one important tool in our toolkit is public-private partnerships (P3). Although not a “silver bullet” for every situation, the P3 is an option of growing significance that’s enjoying more interest and will continue to provide a means to accomplish big things that governments can’t do on their own.

When most people think about public-private partnerships, they usually picture a toll road. However, public-private partnerships can take on many forms. Many states have used availability payments, which allow a private entity to pay the upfront costs of an infrastructure project while the state will pay back the project costs over time. Think of it as a mortgage for a bridge or highway, except that the mortgage is only paid if the road or bridge is available for use.

Frequently, a public-private partnership contract will arrange for a private entity to operate and maintain the project for a certain period of time. These maintenance agreements can include performance metrics accompanied by expensive fines that the private entity must pay if it fails to meet the standards. As a result, the government receives a new road, highway, bridge, public building or other infrastructure asset that’s in prime condition. Too often, uncertain state and federal budget limitations starve public infrastructure assets for resources. Under a public-private partnership model, the state receives a first-class, well-maintained project.

Another key feature of the P3 model is that the very structure of the contract demands innovation throughout the value chain, ensuring that the public entity doesn’t receive a low-quality asset requiring extensive maintenance costs. In addition, this contracting approach enables states and other government agencies to make larger investments that have a more positive immediate impact, rather than incremental investments that take significant time to make the asset available to the public.

For example, my company, Fluor, is the managing partner of the Denver Eagle commuter rail project. We’re responsible for the financing, design, construction, testing and commissioning, and operations and maintenance of the 36-mile Eagle Commuter Rail Network. We agreed to meet operational performance metrics, and when routine mechanical issues disrupted service, Fluor and its partners have paid for it, not the taxpayers. These agreements give our companies an incentive to build a better asset for the government and to keep it in good working order. This project provided about 1,400 craft jobs during the construction peak, which translated into another 7,500 jobs in the Denver area.

In Virginia, Fluor received multiple recognition awards for our I-495 and I-95 Express Lanes projects. We’re also involved in the Purple Line rail project in the Washington, D.C., area. In each of these projects, the partnership between the government and the private sector allowed us to leverage private financing, minimize public risk on complex projects, and apply our decades of expertise to meet deadlines and budgets.

Although public-private partnerships are great tools, they’re not the lone solution for every project, and they’re not free. Investors must eventually be repaid. As NAM outlined in “Building to Win,” advancing a 21st-century infrastructure system in the United States will require using a wide variety of public funding and private financing mechanisms, which is why we need to see action from our elected leaders, especially in Washington, D.C., to tackle these urgent challenges. A major investment in infrastructure will spur economic growth, create jobs and increase global competitiveness so that we remain the world’s leader

David Seaton is the chairman and CEO of Fluor as well as vice chair of the NAM Board of Directors; www.fluor.com.