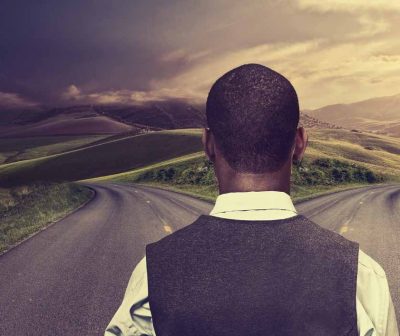 In the world of business and economics, a sunk cost is money that’s already spent and cannot be recovered. It’s a concept that’s said to stem from the oil industry, where the decision about whether to abandon an oil well is based on its expected cash flows, not on how much money was spent to drill it.

In the oil well example, big decisions are black and white. But in other business, it’s not always so easy to see when it’s time to cut the ties that bind. For example, the more we’ve invested in our CAD software, the harder it is to move on, even when we realize it’s no longer the right choice. According to TechTarget:

“The sunk cost effect is the tendency for humans to continue investing in something that clearly isn’t working. Because it is human nature to want to avoid failure, people will often continue spending time, effort, or money to try and fix what isn’t working instead of cutting their losses and moving on.”

And even though we live in an age of constant change, most of us (and our companies) would rather avoid changes that disrupt business operations. But the truth is: Change is essential if you hope to continually improve operations and grow business.

If you’ve been contemplating a move beyond AutoCAD — whether because of recent Autodesk licensing changes or a greater sense that the software is no longer working for you — but are feeling held back because of past investment, it’s time for a reality check. This article will help you recognize when you’re falling victim to the sunk cost fallacy and overcome the reluctance to move beyond AutoCAD.

Your responsibility is to identify opportunities and reliably weigh the costs vs. the benefits of making changes that could improve productivity, reduce long-term costs, or help win new business. It all sounds pretty logical until it comes to something like changing CAD software — in which case you might have so much history, money, and data invested in your current solution that the idea of moving is emotionally overwhelming for you and everyone involved. The result is a sense of inertia that’s difficult to overcome.

How do you see beyond emotion and tackle this inertia? You’re likely too close to the situation, so your first step should be a backward one. Take that step back by comparing this decision to one that’s even bigger — say, the decision to fix an aging bridge. Do you retrofit what you have now, or tear it down and start over?

If you allowed sunk costs to enter into the bridge decision, you’d likely decide to keep the old bridge. You’d patch it, shore it up, nurse it along, and the bridge would hold up — for a while. But users would be frustrated by traffic conditions, crews would struggle to keep up with maintenance, and you’d be exposing your organization to the unpredictable costs and risks of relying on aging infrastructure, with no relief in sight for any of those drawbacks. All the while, your sunk costs would grow. And grow.

In contrast, consider the reality of starting over. Funding, designing, and building the new bridge will be difficult and disruptive for all involved and, yes, it will take years to complete the project and begin reaping the benefits. But those drawbacks are inevitable, whether you build the new bridge now or later. The reality is, progress comes at a price, but once the price is paid, you’re left with — progress. And you will have cut loose from the emotional, practical, and financial baggage of something that was never meant to support indefinite growth and other ever-changing conditions.

Do you recognize similarities between maintaining an aging bridge and maintaining CAD software that you’ve outgrown? If so, don’t allow the sunk cost fallacy to taint your decision-making process. Take the black-and-white approach of the oil industry and focus solely on future ROI and other benefits of starting over. You Have a Choice

If a friend told you she was unhappy in her relationship but couldn’t bear to move on “because we’ve been together so long,” wouldn’t you find that a terrible reason to stay committed? Doesn’t her future happiness depend on starting over? The relationship with CAD software is no different.

“We fall victim to the sunk cost fallacy because we are emotionally invested in whatever money, time, or any other resource we have committed in the past. The most important step to freeing yourself from making poor decisions based on sunk costs is to recognize the logical fallacy. Simply being aware of it will help you tremendously in making more rational decisions in the future.”

Decisions are rational when based on the future value of objects, investments, and experiences. When we make them based on past investment, decisions are emotional. Isn’t it obvious which approach is optimal for business?

Don’t get hung up on the sunk costs of your AutoCAD software; evaluate change based on what it promises for the future. As is true for an oil well, a bridge, or a boyfriend, sometimes the key to long-term success is starting over. Learn more by visiting:
Bentley.com/ChooseMicroStation.