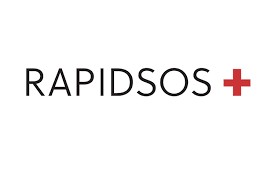 NEW YORK – RapidSOS today announced that Bob Freinberg, former Chief Executive Officer and President of Airbus DS Communications, Inc., is joining the RapidSOS Advisory Board. Freinberg joins the Advisory Board to contribute expertise in public safety and technology from his 25+ years of leadership experience in the Software Services and Telecom Systems industries.

“Bob has proven himself as a remarkable leader and expert strategist throughout his career in telecom and software services,” said Michael Martin, RapidSOS CEO. “His expertise will be invaluable as we continue to work with public safety to transform the way that data is shared with first responders.”

Under Freinberg’s leadership, Airbus DS Communications received the 2016 Frost & Sullivan Next Generation 9-1-1 Company of the Year Award. Freinberg’s relentless focus on customer service and innovative technology leadership was instrumental in making Airbus DS Communication’s VESTA 911® the most commonly used emergency call-handling solution nationwide. At the helm of Airbus DS Communications, Freinberg recognized RapidSOS’ potential early on and spearheaded the company’s partnership. Joining the RapidSOS Advisory Board, Freinberg will continue to contribute to the industry’s evolution with his experience in building and operating mission-critical infrastructure, and his relationships in the Public Safety communications ecosystem.

“I am excited to be joining RapidSOS at this critical moment in the evolution of public safety technology,” said Freinberg. “In the past, public safety has had to rely on minimal data in the face of life-threatening emergencies. RapidSOS is revolutionizing the industry by enhancing 911 emergency call-handling and providing rich data to first responders.”

Freinberg joins three former FCC Chairmen, senior executives from telecom and the defense industry, past presidents of the major public safety organizations, and thought leaders across health and medicine from Harvard University and the Massachusetts Institute of Technology in building RapidSOS’ Emergency Platform – linking smartphones, connected cars, wearable, and home IoT devices directly to 911 and first responders with rich data.

About RapidSOS
RapidSOS is an advanced emergency technology company. RapidSOS is developing technology to predict and preempt emergencies before they occur, dynamically warn people in harm’s way, and link data from any connected device directly to first responders in an emergency. Formed in 2012 and backed by some of the world’s top technologists, RapidSOS was named “2016 Start-Up of the Year” by the Consumer Technology Association, a Top Innovation of 2015 by MIT News, and Top 3 Innovative World Technologies by SXSW. Learn more at www.RapidSOS.com.