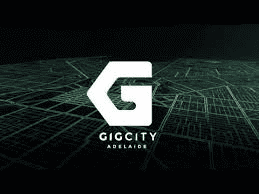 ADELAIDE has switched on its $7.6 million ultra-fast GigCity internet network, making it the first Australian capital to become a Gig City.

The GigCity scheme uses the existing SABRENet fibre optic network to deliver internet services to five key innovation hubs in the CBD and Adelaide suburbs including the Tonsley Innovation Precinct and TechInSA.

Commercial tenants of those precincts will also have access to internet speeds 100 times the national average with more affordable and less restrictive plans than what the marketplace currently offers.

Science and Information Economy Minister Kyam Maher said having access to fast internet would help data intensive companies compete on a global level and show that Adelaide was open for business.

“By establishing GigCity ultra-fast internet at key innovation precincts, the State Government is investing in a network that will create jobs of the future,” he said.

“c is part of the South Australian Government’s investment of more than $80 million in innovation and will continue to consolidate our position as the leader in innovation in Australia.”

“The State Government is helping start-ups and companies grow faster and attract entrepreneurs to South Australia who want to tap into the infrastructure and business environment we are creating,” he said.