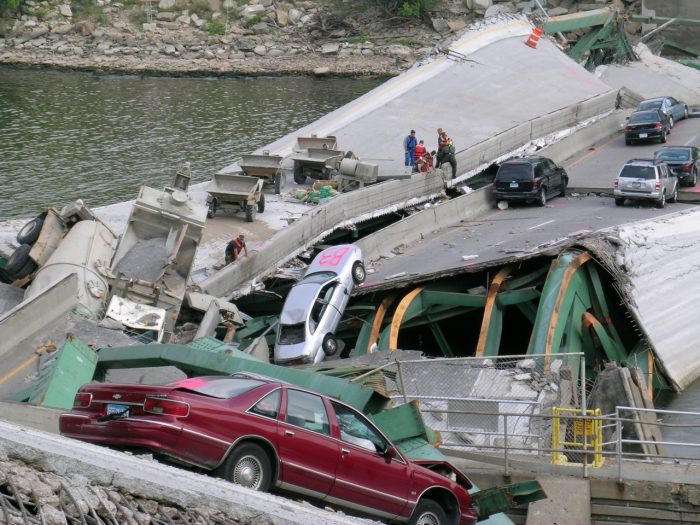 Each day, thousands of qualified bridge inspectors evaluate the safety and condition of the nation’s bridges. Bridges are inspected on a routine basis, and the results are reported to the Federal Highway Administration (FHWA). If a bridge is deemed unsafe, immediate action is taken – which could include immediate repairs, weight restrictions or outright closure.

While state departments of transportation are on the front lines conducting the inspections, FHWA provides the standards and oversees state programs to ensure safety and track bridge conditions nationwide. We know the National Bridge Inspection Program works because bridge conditions are improving nationwide. Notably in the last five years, the number of bridges rated in “poor” condition has steadily declined. We are going in the right direction and expect that to continue.

While safety has always been the priority, FHWA has worked constantly over the years to improve the national program and ensure that bridge inspections continue to be robust.  We’ve developed training and are committed to finding new and better ways of making sure bridges are safe.

The 10-year anniversary of Minneapolis’ I-35W Bridge collapse is an opportunity to reflect on developments in the industry over the past decade. Though the collapse was due to a design flaw and unrelated to the bridge inspection process or the condition of the bridge, it brought renewed attention to concerns about bridge safety nationwide and furthered dialogue on general infrastructure conditions.

The tragedy also reaffirmed the transportation community’s commitment to safety – particularly the design, inspection and evaluation of gusset plates and other bridge elements. A key lesson learned is that that bridge engineers and inspectors should pay more attention to gusset plates throughout these various phases. To that end, FHWA and the state departments of transportation have conducted research and implemented the results to enhance the rigors of design, inspection and evaluation of gusset plates.

In addition, FHWA has implemented new measures to boost its oversight role and to target the inspection of areas critical to bridge safety. We now use a more data-driven approach to more clearly and easily identify bridge inspection issues in each state. The aim was to improve consistency in bridge inspections and simplify efforts to identify challenges state-by-state. We also collect more data than ever – such as data on components of deck rather than the deck as a whole – for a higher-resolution image of bridge conditions nationwide.

It is with a very heavy heart that we say FHWA’s national bridge inspection program is stronger and bridge conditions nationwide are much improved. In no way was the industry nor the traveling public – in Minneapolis or anywhere else – prepared for the collapse of the I-35W Bridge. Prior to August 1, 2007, infrastructure failure like that was inconceivable. Above all else, one thing is clear – FHWA, state departments of transportation and others in the bridge community are working proactively each day to keep bridges safe and reliable and to ensure that a collapse like that never happens again.