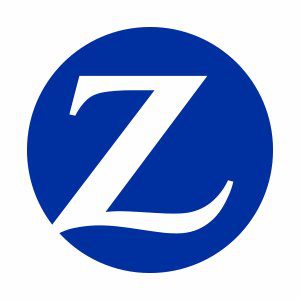 Schaumburg, IL – Zurich North America has launched a webpage dedicated to the Challenges of our Nation’s Aging Infrastructure as part of its participation in “Infrastructure Week 2017.” Infrastructure Week is a national week of events, education and advocacy efforts to elevate infrastructure as a critical issue impacting all Americans. Zurich is especially concerned about the economic impact that the debilitated state of our nation’s roads, bridges, rail, airports, water systems – and more – is having on the business community.

“We see the renewed interest in a rebuilding boom as a tremendous opportunity for the construction industry and the businesses that support it,” said Paul Horgan, head of North America Commercial Insurance for Zurich North America. “As one of the nation’s largest insurance providers for the construction industry we are committed to sharing insights on this issue and helping businesses better understand the impacts and risks that affect them.”

Zurich’s new Challenges of our Nation’s Aging Infrastructure webpage is dedicated to providing key information to support the conversations taking place during Infrastructure Week and beyond.  Along with an infographic and articles, the site is home to an Aging Infrastructure white paper, which comprehensively lays out the state of our infrastructure and the critical risks and impacts realized in four key areas – water, transportation, energy and communications.

Aging and poorly maintained infrastructure exposes companies to a number of risks. Deteriorating infrastructure can increase the risk of bodily injury from accidents. Aged pipes can burst, causing flooding and significant property damage. Obsolete or outdated systems and equipment can lead to business interruption or supply chain disruption. In addition, equipment breakdown can lead to lost production and income. As infrastructure ages, interconnected systems may be impacted by external shocks.

“There’s no doubt that the deplorable state of our infrastructure is costing the economy countless hours of lost productivity and efficiency. The impact of this is wreaking havoc on many of our nation’s businesses, strangling their ability to thrive,” Horgan added.

The American Society of Civil Engineers estimates that by 2020, “aging and unreliable” infrastructure will cost American businesses $1.2 trillion.

As an affiliate of Infrastructure Week, Zurich is just one of hundreds of leaders of organizations and citizens from around America to highlight the issue of aging infrastructure and to encourage policymakers to invest in the projects, technologies, and policies necessary to make America competitive, prosperous, and safe.

On Thursday, May 18, Zurich’s Horgan will participate in an Infrastructure Week event hosted by the Bipartisan Policy Center at their Washington, DC offices. The panel is entitled “$1 Trillion for Infrastructure: Balancing public and private sources.” Representatives from the private sector will discuss how the public and private sectors can work together to meet infrastructure needs; the important role that Public Private Partnerships (P3s) can have in rebuilding infrastructure; and the very critical role that Surety plays in making P3s viable funding solutions. Surety bonds are one of the methods of security for infrastructure projects and have much to offer to complex P3 projects due to the size of the projects, the challenging work conditions and the many different subcontractors and types of workers.

“The insurance industry has a key role to play in seeking solutions for rebuilding infrastructure,” he added. “We won’t be able to truly improve our infrastructure unless we encourage collaboration between all stakeholders.”

About Zurich
Zurich Insurance Group (Zurich) is a leading multi-line insurer that serves its customers in global and local markets. With about 54,000 employees, it provides a wide range of property and casualty, and life insurance products and services in more than 210 countries and territories. Zurich’s customers include individuals, small businesses, and mid-sized and large companies, as well as multinational corporations. The Group is headquartered in Zurich, Switzerland, where it was founded in 1872. The holding company, Zurich Insurance Group Ltd (ZURN), is listed on the SIX Swiss Exchange and has a level I American Depositary Receipt (ZURVY) program, which is traded over-the-counter on OTCQX. Further information about Zurich is available at www.zurich.com.

In North America, Zurich is a leading commercial property-casualty insurance provider serving the global corporate, large corporate, middle market, specialties and programs sectors through the individual member companies of Zurich in North America, including Zurich American Insurance Company. Life insurance and disability coverage issued in the United States in all states except New York is issued by Zurich American Life Insurance Company, an Illinois domestic life insurance company. In New York, life insurance and disability coverage is issued by Zurich American Life Insurance Company of New York, a New York domestic life insurance company. For more information about the products and services it offers and people Zurich employs around the world go to www.zurichna.com. 2012 marked Zurich’s 100-year anniversary of insuring America and the success of its customers, shareholders and employees.

challenges of our Nation’s Aging Infrastructure