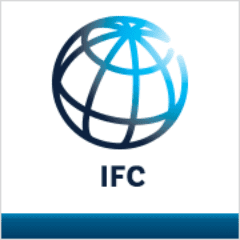 Rio de Janeiro —The City of Rio de Janeiro has just signed a contract with the International Finance Corporation (IFC) – a member of the World Bank Group – to help structure and implement a public-private partnership to build and maintain approximately 130 new schools, providing thousands of children with access to a pre-school and kindergarten education.

Despite the increase in public spending on education over the last four years, Rio de Janeiro has a waitlist of 32,000 seats for kindergarten students and 12,000 preschool students. The waitlist is expected to reach 55,000 children by 2020.

In collaboration with the World Bank, IFC will carry out detailed studies and develop a PPP agreement to help Rio de Janeiro’s government partner with a private company that will design, build, finance, operate, and maintain, approximately 130 schools for up to 30 years. Under this model, the private partner will be responsible for the provision of non-pedagogical services, such as cleaning, maintenance, reception, surveillance, and utilities management. The municipality continues to be responsible for the pedagogical services, including hiring and managing the schools’ faculty and defining the programmatic content.

“The new schools built under the PPP will provide the classrooms needed to help eliminate the wait list and provide new spaces for 55,000 children, including many from Rio’s poorest neighborhoods,” said Hector Gomez Ang, IFC Brazil Country Head. “Rio de Janeiro has prioritized hiring more teachers and partnering with universities and NGOs to develop and implement new evaluation and qualification programs. This project will support the city’s efforts to make sure every child has access to quality early childhood education services.”

Earlier this month, IFC and the City of Rio de Janeiro also signed a contract for IFC to help the city design a PPP that will overhaul Rio’s public street lights, with the potential to be the largest public lighting PPP in Latin America. The project will build on studies carried out by the World Bank in 2014, and the World Bank office in Brazil will be a key partner for the project.

“The city already spends nearly $60 million a year on energy to run its street lights; that is 60% higher than New York City spends, even though Rio’s population is smaller. With proper technology and maintenance, this bill could be potentially cut in half, providing more revenue for the city to invest on other priorities, such as health, housing, and education.” said Luciano Cordeiro, Rio de Janeiro’s Under-Secretary for Strategic Projects.

Under the PPP, Rio de Janeiro will partner with a private operator who will upgrade the city’s nearly 425,000 street lights, most of which use costly and toxic sodium vapor or mercury to produce light. They will be replaced by LED lights, which international studies have shown can save on average 50% on a city’s energy bill, reducing CO2 emissions, provide improved visibility for people and cars, and increase safety by better lighting streets and parks. The city government will prioritize neighborhoods with the highest crime and violence indicators, many of which are in Rio’s poorest suburbs.

The education and street lighting projects are the first initiatives under a Memorandum of Understanding (MoU) entered into between the World Bank Group and Rio de Janeiro’s Municipality in February 2017. Under the MoU, the World Bank Group will help the city better engage with the private sector and promote development in education, healthcare and public lighting across the city.

IFC, a member of the World Bank Group, is the largest global development institution focused on the private sector in emerging markets. Working with 2,000 businesses worldwide, we use our six decades of experience to create opportunity where it’s needed most. In FY16, our long-term investments in developing countries rose to nearly $19 billion, leveraging our capital, expertise and influence to help the private sector end extreme poverty and boost shared prosperity. For more information, visit www.ifc.org

In October 2007, a partnership of IFC, the Brazilian Development Bank (BNDES), and the Inter-American Development Bank (IDB), created the Private Participation Promotion Program, to support the implementation of infrastructure projects in Brazil. The program aims to support the participation of private sector as partner to governments – at the municipal, state and federal levels –, by helping them to structure concession and PPP projects in several infrastructure sectors, such as education, health, highways, and airports. For more information, visit our Public-Private Partnership page at www.ifc.org.