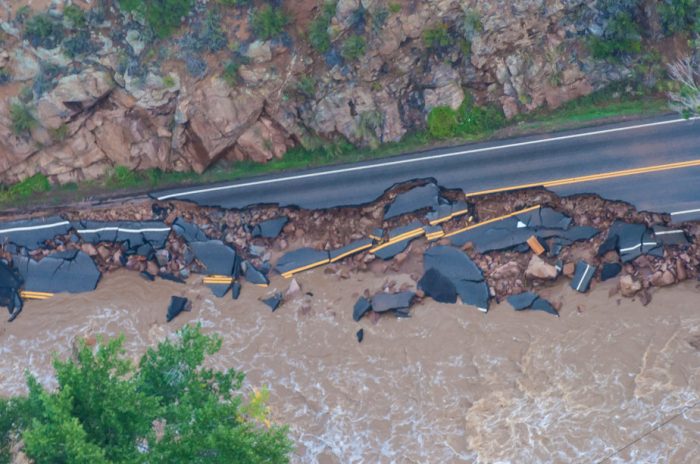 Transportation becomes even more important when communities are struggling to recover from natural disasters and catastrophic failures.  Federal support is often key to getting highways and bridges back up and running again. People often rely on these vital links in order to go about their daily lives.  Businesses also need them to move their goods and reach customers.

The $768.2 million provided under the Federal Highway Administration’s (FHWA) Emergency Relief (ER) program announced this week has helped restore broken transportation links in 40 state spanning the country from Alaska to Florida, including national parks and forests and other federal lands.  These funds can be used to repair damaged roads and bridges that are results of severe weather and other events not related to weather—but that are equally as catastrophic.
At $124 million, Colorado heads the list among states to be reimbursed from this release of ER program funds  for widespread repairs to severe flooding damage in the state that goes back to 2013 and to repair a section of I-70 in Glenwood Springs used by 17,000 drivers that was damaged by a rock slide in early 2016.

California is second on the list at more than $105 million for a variety of storm, rain, flooding and fire events and South Carolina follows at more than $79 million for severe storms and hurricanes including Hurricane Matthew in October 2016.  Ohio follows at $61 million for landslides in the southeastern portion of the state and heavy rain and flooding in April 2016.

FHWA’s ER program reimburses states for eligible expenses associated with major damage from natural disasters or other emergency situations based on a request from the state’s governor or a presidential disaster declaration.  As some of these events date back a few years it’s important to note that states can proceed with repairs immediately – and know that they can – because of assurances from FHWA that they will be reimbursed.

The funds pay for long-term, permanent repairs and other things immediately needed such as the detour arrangement or guardrail and other damaged safety device replacement.

Without this stream of funds – or cushion – states would feel strapped for cash and hindered when making necessary repairs.  States rely on emergency relief funding, and it has helped them rebuild in the aftermath of extreme weather and other catastrophic events that have struck their communities.  Help is on the way – one state at a time.