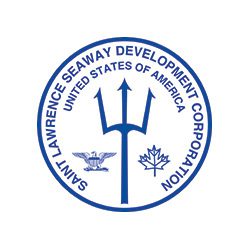 Established in 1992, the SLSDC Pacesetter Award annually recognizes the economic development achievements of those U.S. Great Lakes Seaway System ports that increase international tonnage shipped through the St. Lawrence Seaway in comparison to the previous year.  Since the award was first issued 25 years ago, the SLSDC has distributed more than 125 Pacesetter Awards to 14 different U.S. Great Lakes Seaway ports.

“On this 25th anniversary of the SLSDC Pacesetter Awards, the SLSDC congratulates the six Great Lakes ports for being recognized as Pacesetter Award recipients for their achievements during the 2016 Seaway navigation season,” said SLSDC’s Deputy Administrator Craig H. Middlebrook. “Earning the Pacesetter Award does not happen by luck – it is achieved because of the hard work, dedication, and vision of the committed teams of professionals at these ports.”