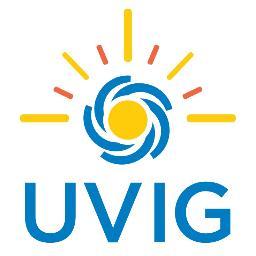 In 2012, the UVIG Board of Directors approved a resolution to name its Operations and Maintenance Annual Achievement Award after wind industry veteran Ross Newlin. Newlin, a long-time employee of enXco Service Corporation, now EDF Renewable Services, passed away in July 2011 following a battle with pancreatic cancer.

This year’s award recipient has more than 30 years of plant construction, start-up and O&M experience, including over 15 years of ownership in an entrepreneurial service company providing services to energy clients. He recently retired as the Vice President of Construction Management for LotusWorks and as principal of the company, Performance Operations & Maintenance, Inc.

“Bob has an extensive belief in the importance of the people-side of the business, as well as the equipment side,” said Charlie Smith, Executive Director of UVIG. “Bob’s belief, in combination with his experience of plant construction, made him an ideal recipient of the Newlin Award.”

Young was honored during a networking reception at UVIG’s 2017 Spring Operations and Maintenance User’s Group Meeting on March 29 in Houston, Texas.

“We are grateful to Bob for his past and continual contributions to the industry,” said Smith. “We congratulate him on being selected for this award, and we’re honored to have members, like Bob, who continue the work that Ross Newlin pioneered many years ago.”

The Utility Variable-Generation Integration (UVIG), previously known as the Utility Wind Integration Group (UWIG), was established in 1989 to provide a forum for the critical analysis of wind for utility applications. Initially focused on wind power, UVIG expanded its focus to include solar power and become known as the Utility Variable-Generation Integration Group in 2011. Today, UVIG is the leading source of global expertise for wind and solar power system integration and operation.

UVIG is a not-for-profit organization that engages in engineering and educational activities directed toward advancement of the theory and practice of integration of renewable energy into electric systems. UVIG provides unique access to credible information and applied research to facilitate renewable energy decisions. The group’s mission is to chart the future of wind and solar integration and operation. UVIG does this by accelerating the development and application of good engineering and operational practices supporting the appropriate integration and reliable operation of variable generation on the electric power system.

For more information or to become a member of UVIG, contact Info@uvig.org, or visit www.uvig.org

Comments are disabled
NEXT ARTICLE
TVAA Architects Jourdan : Campus, A luminous Building Dedicated to Culture and Knowledge
March 31, 2017
PREVIOUS ARTICLE
Inspection and Construction Professionals Will Find Advice And Immediate Applications for Using Drones in Their Work at ASCEND Conference
March 30, 2017