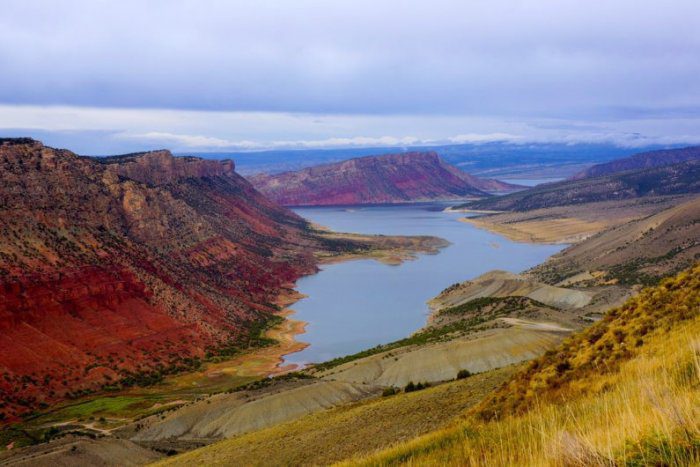 A new report from Stanford’s Water in the West program assesses progress among states in the Colorado River Basin with respect to environmental water rights transfers, a legal tool that enables water rights holders to voluntarily transfer their water to rivers, streams and wetlands to benefit the environment and potentially generate revenue.

The Colorado River provides water for more than 35 million people, supports numerous fish and wildlife species, including several threatened and endangered species, and irrigates more than 6,000 square miles of farmland. It also supports a variety of aquatic ecosystems from its headwaters in the Rocky Mountains to the deserts of the Southwest.

Despite recent heavy rains in parts of the West, basin states – which include Arizona, California, Colorado, Nevada, New Mexico, Utah and Wyoming – have faced years of drought coupled with water scarcity resulting from increased water needs, climate change and other factors. As scientific predictions expect these conditions to worsen, researchers say states will need to look for fair ways to reallocate water supplies, including increased use of environmental water rights transfers.

“Environmental water rights transfers are a market-based, voluntary option for allocating water to the environment,” said Leon Szeptycki, one of the lead authors and executive director of Water in the West. “These transfers can help fish and other aquatic species, provide an alternative revenue source for water rights holders and play a role in broader water markets.”

Despite the potential benefits and appeal of environmental water rights transfers, the laws regarding their regulation and approval vary from state to state. As a way of increasing the use of these transfers, the report scores and subsequently ranks each state in terms of existing laws and policies that support them.

“All seven states in this report are at different stages in their evolution toward promoting more environmental water transfers and we hope that this work can help each state highlight some of the most effective next steps they might take,” said David Pilz, director of AMP Insights and a lead author of the report.

The report and its methodology were developed by researchers at Water in the West and AMP Insights, a consulting firm in Oregon with extensive experience in environmental water transfers, with support from the Walton Family Foundation. The report builds on Water in the West’s 2015 report “Environmental Water Rights Transfers: A Review of State Laws, prior work by AMP Insights and work by other researchers.

The researchers looked at factors such as legal authorization, the process for creating transfers, the level of protection of transferred rights and how the states treat environmental water rights.

“We found the best way to encourage the use of these transfers is through clear language within state statutes,” said Szeptycki, who is also a professor of the practice at the Stanford Woods Institute for the Environment.

According to the report’s methodology, Arizona scored the lowest with unclear and untested regulations and procedures to allow for voluntary, compensated transfers of existing water rights for environmental purposes. Colorado scored highest because of its relatively robust framework for authorizing and approving water rights transfers. California also scored well as it provides state funding for improving environmental flows.

However, all of the observed states had room to improve their scores by offering greater incentives for this unique way to protect the natural properties of streams and rivers. The report describes specific avenues for progress that each state could focus on.

“The goal of this effort is to help agencies, governments and legislators understand and prioritize ways to increase market-based environmental water transfers in their state,” said Szeptycki.

Though few states had seen many water rights transfers, an encouraging finding was that in every basin state, there is an active community of conservation organizations and state agencies working together to restore stream flows and reach voluntary agreements with irrigators.

“This report is a great assessment of the current status of water policy relating to environmental water transactions in each of the Colorado River Basin states,” said Ted Kowalski, who leads the Colorado River Program for the Walton Family Foundation. “These types of temporary water transactions can benefit the environment in each of these states and assure long-term sustainability of healthy agricultural and urban economies within the Southwest.”